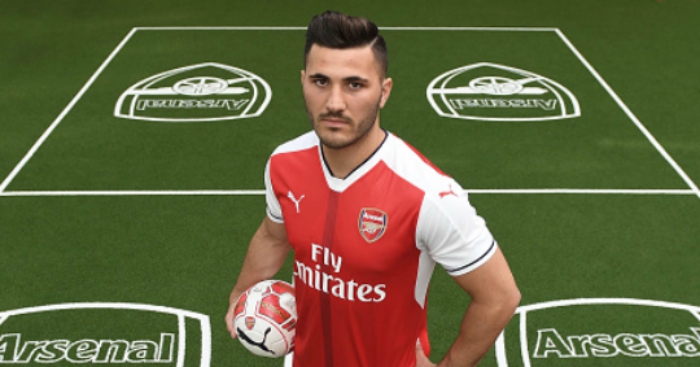 Kolasinac became the Gunners’ first signing of the summer when he joined from Schalke in a free transfer.

Alexandre Lacazette has since moved to the Emirates Stadium, and left-back Kolasinac is expected to slot straight into the first team alongside his fellow new addition.

Bosnian international Kolasinac has spent his entire first-team career at Schalke, and Ozil says he has spoken to Germany winger and former Arsenal target Draxler to find out about the 24-year-old.

“I’ve spoken to a few players who have played with him at Schalke, like Draxler,” Ozil told Arsenal Player. “They said to me that Sead is a really good player with a character that will fit our team.

“What I’ve seen of him on the training pitch so far is that he’s very strong, but character-wise he seems to be a really nice guy. We’re happy to have him in our team.

“If he has questions where I know I can help him, I’ll be very happy to do that.

“As a new player, you want to know about where you can live, what you can do, which restaurants are good. If he has any questions, my door is always open to him.

“I don’t know how his English is, but it’s definitely good for him to have so many players and coaches who can speak [German with] and with whom you can communicate. I think that’s definitely very good at the start.”