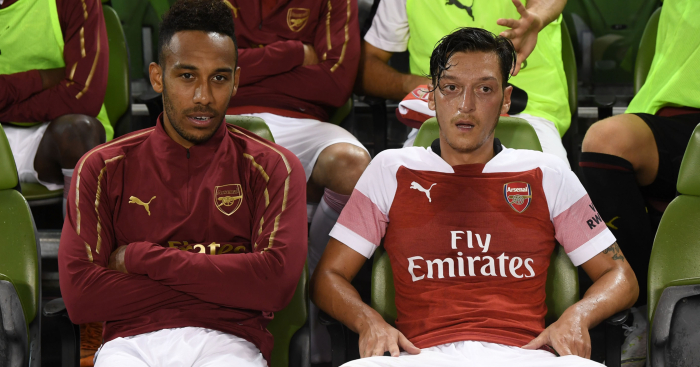 The Gabon international’s future is set to run out in the summer of 2021, leading to consistent transfer speculation linking him with a move away.

Merson admits it would be “a disaster” for Arsenal to lose the services of their current captain, claiming the lucrative deal Ozil is on complicating matters.

Merson told Sky Sports: “It would be a major disaster for Arsenal if they lost Aubameyang, however, the decision will be weighed up and at least it will be the club’s decision as to what they do.

“Do they give him £300,000-a-week? I’ve always said they will have a problem until Mesut Ozil leaves the club. Every day he’s there, every other top player will want what he’s on. It’s a huge problem and not a new one.

OPINION: The five best tacticians of the Premier League season

“Arsenal may also weigh it up asking if they will win the Premier League or get into the top four in the next few years if they pay Aubameyang £300,000-a-week. They haven’t actually done it yet with him there, so they may look at it and say it is good business to let him go.

“There’s also the danger of giving him big money, just like they did with Ozil, and then every other player wanting the same. It would take you straight back to the Ozil scenario and if you do spend all that money on him and you don’t get into the top four it’s not money well spent.

“It’s a really hard decision and it will all come down to how the club weigh it up.”