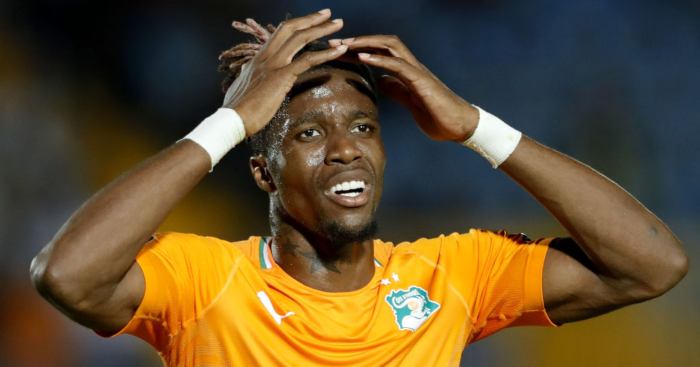 Roy Hodgson says Wilfried Zaha has “beef” with Crystal Palace – but that he is staying this season.

Zaha outlined his desire to leave Selhurst Park and play Champions League football in the near future back in April.

The winger attempted to force through a move to boyhood club Arsenal but was unsuccessful, while a move to Everton also failed to materialise.

Hodgson confirmed on Thursday that Zaha would not leave Palace this summer after the club did not get “the offer that they think is sufficient to allow him to leave”.

“Yes, he’s staying, we are pleased about that,” he told Sky Sports.

“He’s an important player for the club. We are looking forward to him doing this season, what he’s done for the last two seasons.

“He wasn’t really in the right frame of mind today, so I sent him home today which is understandable.

“It’s been well documented that he’s wanted to leave but it has not worked out for him in that respect. He’s a professional and has got a good contract with us. He’s very much a player we respect and I believe he respects us.

“We expect him to come back and do what he does and we’re looking forward to a season with him again. Everyone here has a good relationship with him. There’s not a problem with that.

“His beef is with the chairman and owners of the club because he’s wanted to leave and they haven’t received the offer that they think is sufficient to allow him to leave.

“He has to come to terms with that, when you sign long term contracts you are expected to honour them and we expect him to do that.

“I don’t have any issues with him. Today wasn’t the right day so I’m looking forward to seeing him tomorrow and hopefully he’ll have come to terms with the fact he’s got another season with Crystal Palace.”