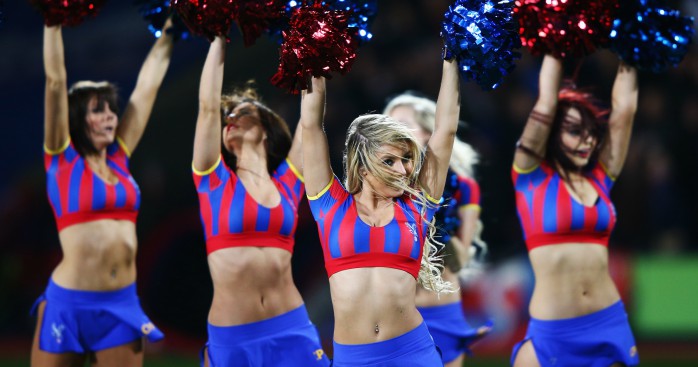 Crystal Palace remain “proud” of their association with dance troupe The Crystals.

Former Formula One chief executive Bernie Ecclestone has defended grid girls after the sport’s current bosses decided to scrap their use at Grands Prix with immediate effect.

On Wednesday, American owners Liberty Media declared that the practice of employing grid girls was “at odds with modern day societal norms”.

The move follows a similar decision made by the Professional Darts Corporation last month and has put other sports in the spotlight – with boxing, UFC and cycling all still hiring glamorous women to entertain crowds at events.

However, some grid girls have been hitting back at what they perceive to be an attack on their right to make their own decisions, while others have hailed F1’s decision as a step in the right direction.

Premier League club Palace maintain there has yet to be a single complaint about their dance group, whose members are aged between 21 and 28.

A club statement read: “The Crystals are a semi-professional dance troupe who have been performing at Selhurst Park for more than seven years and contribute to the unique atmosphere inside the stadium, which is widely recognised as one of the best in the Premier League.

“They also raise substantial amounts of money for good causes throughout the year. We are proud of our association with them.”

All members of The Crystals have trained at dance college, with some teaching dance, ballet and physical education to local children and also for The Palace for Life Foundation.

The outfits worn on the pitch by the dancers are of their own choice, while they wear a separate kit for all fan interaction activities when they are at the ground some three hours before kick-off.

Palace also highlight how The Crystals support charities and fundraising events, often voluntarily, such as the CPFC Disabled Charity parties.