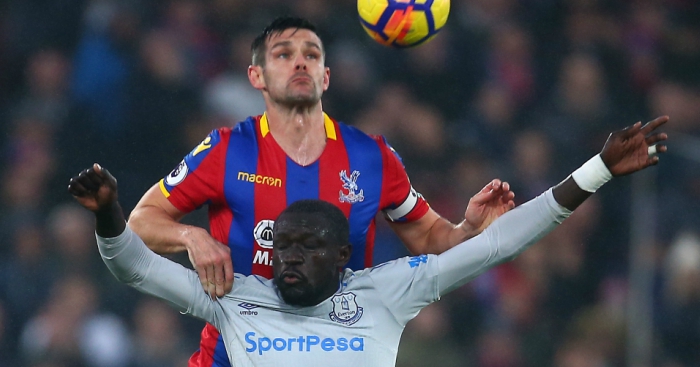 Niasse went unpunished, and he also scored Everton’s second equalising goal on the stroke of half-time.

He could yet face retrospective punishment over the incident, even if that will do little to ease Palace’s frustration over the two dropped points.

Dann said: “He has conned the referee. I don’t like to see people getting punished but also I don’t like people diving to win penalties.

“(Niasse) probably knows he has conned them. If there was (contact) it was minimal. I haven’t tried to tackle him; he has gone past me and you can see on the replays he has dived.

“At half-time, (Taylor) probably knew he made the wrong decision.”

In addition to winning Everton’s penalty and scoring their second goal, Niasse produced an aggressive display to continue reviving his career having retained his place while Wayne Rooney was dropped.

The 27-year-old’s emergence comes after he long appeared to have no future under the sacked Ronald Koeman, and also after he came so close to joining Palace on loan towards the conclusion of the summer transfer window.

“People were saying that I fell down easily,” said the Senegalese forward. “I don’t know. I didn’t see the video again. To get into the box, I tried to dribble the guy; he was coming into contact.

“When I felt the contact, I knew then he pushed me away.

“The contact was on my upper body but when I felt the contact I was in the box so that is it: that is all I have to do, go on the floor. It was because I was running so quick.

“I will be shocked (if I am charged with diving) because there is contact.”