Home All The News Palace midfielder McArthur out for the season 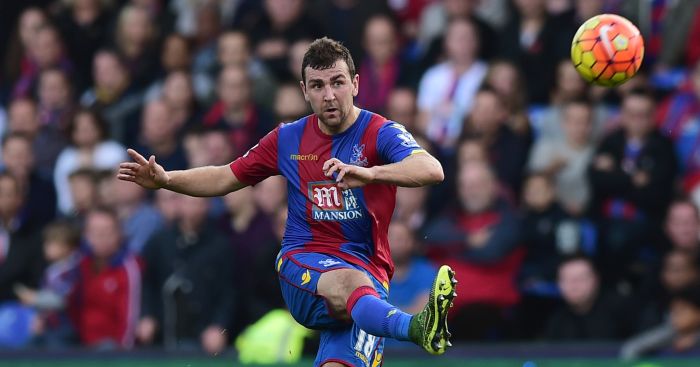 James McArthur could miss the rest of the season for Crystal Palace after sustaining ankle ligament damage in their loss to Bournemouth on Tuesday.

The 28-year-old midfielder tweeted on Thursday afternoon after manager Alan Pardew told reporters in the press conference before the Swansea game that he had “disappointing news” with regards to the injuries in his squad.

McArthur wrote on Twitter: “Looks like season over for me with ankle ligaments tore (sic). Just another challenge in my career to make sure I work hard and come back stronger.”

Looks like season over for me with ankle ligaments tore. Just another challenge in my career to make sure I work hard and come back stronger

Pardew also revealed that Jason Puncheon would be facing an extended period without any action after sustaining a hamstring injury in the same game and due to the fact the Eagles had already used their three substitutions he was forced to remain on the pitch for the duration of the game.

Pardew said: “I have some disappointing news, McArthur is out for a long period we think and Puncheon is going to miss a long period as well so that is just more injuries on the list.

“There is some better news on the offensive players – (Dwight) Gayle has trained so he is back and available.

“Sullay Kaikai has trained and he is available – a young player I would probably have used in this period without (Yannick) Bolasie but unfortunately he was injured.”