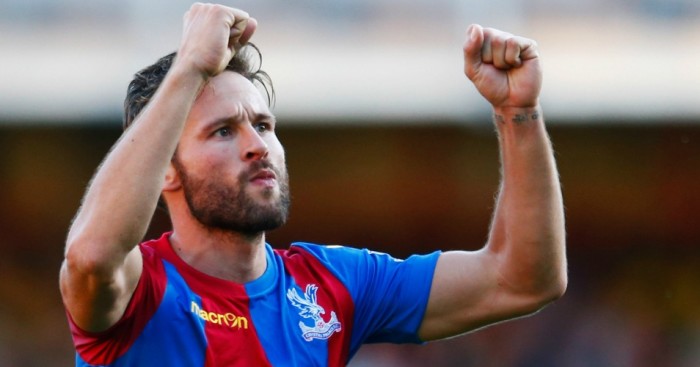 On the day that Alan Pardew displayed his admirably naked ambition in saying that he will not rest until he is manager of “one of the big clubs”, Palace played pretty much exactly like one of those big clubs in despatching West Brom at Selhurst Park. In only their third season back in the Premier League, Crystal Palace v West Brom no longer sounds like a clash of equals.

For the first time this season, the division’s arch-counter-attackers dominated possession. This was no ‘sit deep, win the ball and give it to one those really quick fellas’ victory. They breached a deep defence with ease, controlled the centre of midfield even though they were outnumbered and ruthlessly targeted Tony Pulis’s distrust of actual full-backs; the one-trick ponies have added dressage to their flat sprint.

The plaudits were delivered at the nimble feet of Wilfried Zaha, who took one touch to control and then pelted past a visibly distressed Chris Brunt (still muttering about never bloody asking to be a left-back), but pats on the back should be administered across the pitch, in the dug-out and in the directors’ box.

Before the beginning of the season we shamelessly drooled about the vision, finesse and sheer quality of Yohan Cabaye being allied to the pace of Zaha, Jason Puncheon, Yannick Bolasie and Bakary Sako, but fourth as we enter the season’s second international break? Fourth despite having no goalscoring strikers? Fourth despite having the 34-year-old Brede Hangeland and relegation enthusiast Scott Dann at the heart of the defence?

This is not a Palace squad built on the cheap, but seasonal spends of £26m and £27m hint at the inherent issues in frequent changes of manager. Ian Holloway bought a squad barely fit for purpose, Tony Pulis brought in players fit for Premier League survival and Pardew applied the rather expensive polish. This summer’s spend of £20m was remarkable largely because half that sum was shovelled towards Paris for Cabaye, a player who would have scoffed at the idea of joining Palace just two years before. Palace have come a long way since Owen Garvan started their first game back in the Premier League.

This was no investment with half an eye on sell-on value; at 29, Cabaye’s value is to Palace over the next three seasons. Cabaye was bought so Palace could establish themselves in the Premier League’s top eight; so that they could face teams like West Brom and make them look like minnows. This is the way inflated TV money should be spent – on truly excellent footballers who can genuinely improve football teams. It’s rare that anybody applauds the smashing of a wage structure but this one deserves an enthusiastic ovation.

As Pardew said on Saturday: “If you increase the wage structure because someone has come in and they don’t deliver, then you have got a problem. But they can all come and knock on my door on Monday and ask for more money, saying ‘I want Yohan’s money’, and they’ll get a simple answer: ‘You’re not as good as him’.”

Just a few days after Pardew admitted that he envied Brendan Rodgers, we are pretty sure that the Northern Irishman would happily swap places; rewind a week and he would probably have swapped midfields. Four seasons after Pardew led Newcastle to an unlikely top-four challenge, could history repeat itself? Is Papiss Cisse available in January?