Home All The News Palace, Newcastle ‘scrapping’ to sign Chelsea starlet on loan 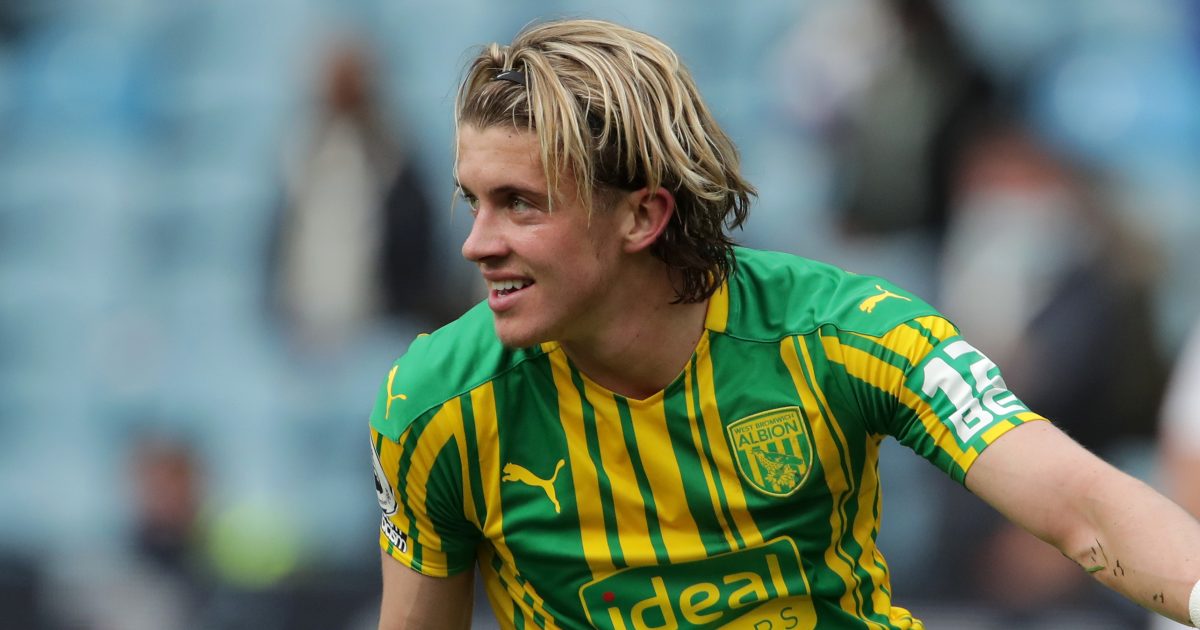 Crystal Palace and Newcastle United are both interested in signing Chelsea midfielder Conor Gallagher on loan, according to reports.

Gallagher is yet to make his senior debut for Chelsea. In 2019/20, he played a total of 47 games while on loan with Championship sides Charlton Athletic and Swansea City.

The 21-year-old then joined West Brom ahead of the 2020/21 campaign as they returned to the Premier League.

Last term was poor for the Baggies as they finished 19th to suffer relegation straight back down to the Championship.

Gallagher was one of their shining lights as he impressed under Sam Allardyce from his 32 outings across all competitions.

Allardyce has advised the midfielder to stay on at West Brom, even with them returning to the Championship.

But Gallagher looks set to secure another Premier League loan move according to The Sun. They report that Chelsea will let their youngster leave on loan this summer.

They add that Crystal Palace and Newcastle are “scrapping” to sign him ahead of the new season.

Rice shone for the Hammers last season as they secured a place in the Europa League. He went onto impress for England at Euro 2020 as Gareth Southgate’s side reached the final.

The midfielder is rated at around £80m by the Hammers this summer. John Barnes has suggested that Rice would be a “good fit” for Liverpool:

“There have been suggestions that Declan Rice is a target for Liverpool and he would be a good fit for them. Liverpool like central midfield players who work hard.

“Declan Rice isn’t going to come in and score lots of goals, he’s not going to be creative, he’s not a midfield player like David Silva, Kevin De Bruyne or Ilkay Gundogan, but Liverpool don’t need that.

“The kind of players Liverpool need are players like Rice or Yves Bissouma, hard-working midfield players who get the ball forward, make tackles, win the ball and keep it quite simple.

“He’s similar to Jordan Henderson in that way. So if he wants to come to Liverpool, he has the right profile for them.”