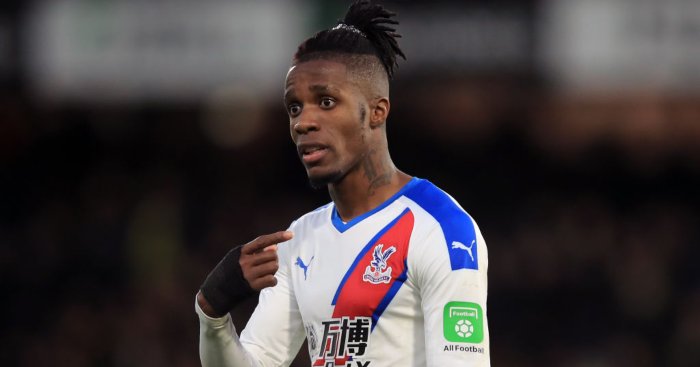 Chelsea will look to ‘turn up the heat’ in their pursuit of Crystal Palace winger Wilfried Zaha, according to reports.

A report in The Guardian claimed earlier on Wednesday that Frank Lampard has been given a £150m budget for January now that the ban had been lifted.

And The Guardian are back on Thursday to tell us that Chelsea ‘are ready to step up their interest’ in Zaha over the January transfer window with Frank Lampard looking to add to his attacking options.

Zaha wanted to leave in the summer and move to a Champions League club – with Arsenal leading the race for his signature – but was forced to stay put at Selhurst Park as they could not meet Palace’s demands.

The Guardian adds that Chelsea are ‘giving him strong consideration’ and ‘Palace have set his asking price at £80m’.

The Ivory Coast international’s contract runs until 2023 and the Eagles are ‘determined not to accept a lower fee’ for his services.