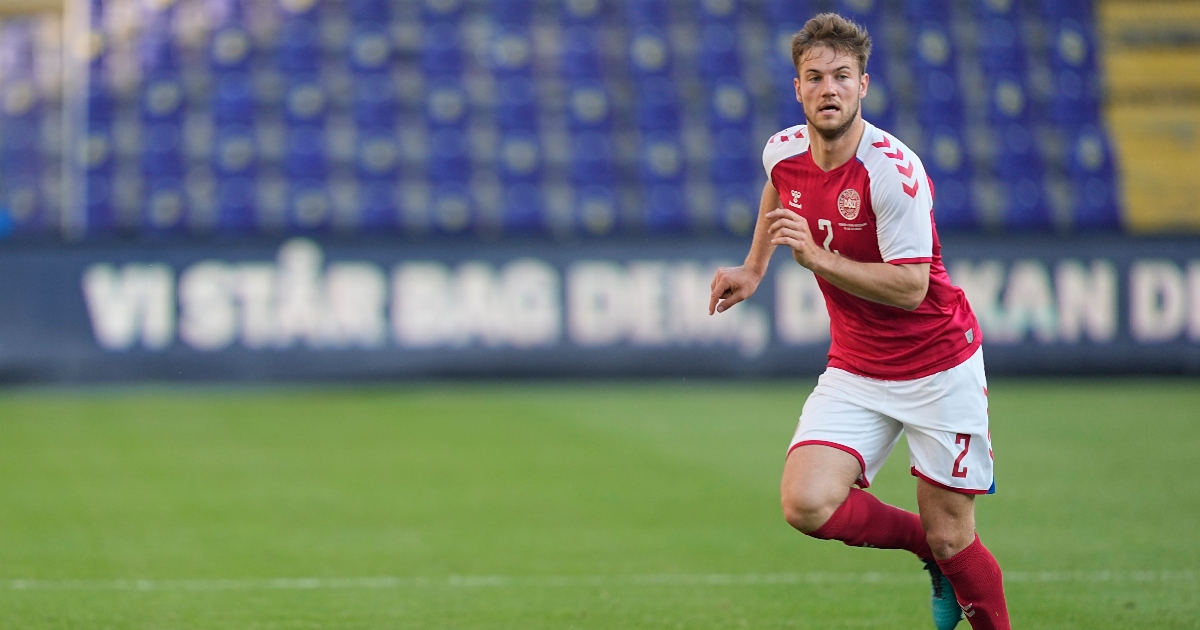 Crystal Palace have confirmed the signing of Denmark international Joachim Andersen on a five-year contract from Ligue 1 club Lyon.

The transfer fee is undisclosed but is believed to be around £20million.

Andersen, spent last season on loan at Fulham as they were relegated from the Premier League, consistently impressing with his performances despite their relegation.

10 Championship youngsters to watch next season

The Dane made three appearances for his country at the Euros, playing 41 minutes in their semi-final defeat to England.

Speaking to the club’s official website, chairman Steve Parish said: “In Joachim, we have added another highly-rated defender to our squad, and as a player with Premier League and international experience, we are extremely pleased to welcome him to Crystal Palace.”

Andersen said: “I’m extremely proud to be joining Crystal Palace and to be playing in the world’s best football league.

“The management of the club and Patrick Vieira have given me very strong assurance that they know my qualities, they believe in me and want me to play an important role in the team.

“I have a very positive impression of Patrick from the conversations I have had with him, and I have heard nothing but great things about the manager, the club and its plans for the future.”

Andersen will likely partner with fellow new signing Guehi in the centre of defence next season.

Guehi impressed across 18 months of two loans at Swansea and helped the Swans reach the Championship play-off final last term.

Palace’s summer rebuild is firmly underway after numerous players left at the end of their contract.

Vieira replaced Roy Hodgson after four years at the club, with a lot made of his appointment.

The Frenchman has previously managed OGC Nice in France and MLS side New York City.

Likened to Frank Lampard, it could be said that the former Arsenal captain was appointed based on his name, not his managerial credentials.

However, his transfer dealings so far show a great deal of promise – sorting out his centre-back partnership relatively early.

Talisman Wilfried Zaha is looking unlikely to leave this summer, which is great news for Palace fans, and of course, Vieira himself.