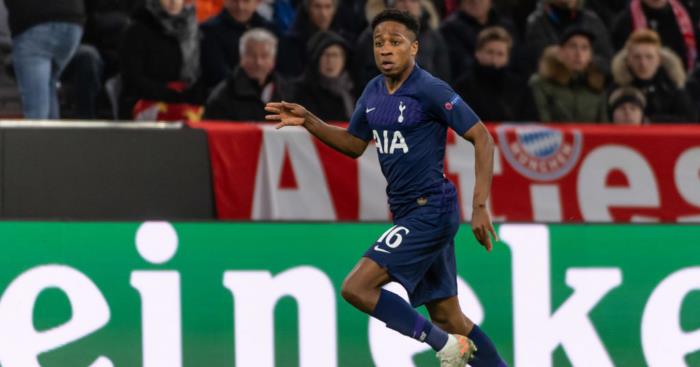 The Eagles squad has been ravaged by injury this season with 11 first team players currently out injured, although Joel Ward is rumoured to be close to returning from the knee injury he suffered against Liverpool in November.

Roy Hodgson has repeatedly been frustrated at the lack of options he has within his squad and the current injury crisis at Selhurst Park has not made that any easier.

“Since the summer transfer window we are looking to sign at least one, possibly two strikers, and two full-backs.”

“Nothing changes. I said it a year ago, I said it in the summer, I say it again.”

22 year-old Walker-Peters has made 24 appearances for Spurs and although he made three consecutive starts to begin the season under Mauricio Pochettino he has since fallen out of favour, with new manager Jose Mourinho favouring Serge Aurier at right back.

Palace tried to sign Tosun in a deadline deal from Besiktas, during the 2017 summer window but the deal fell through, to the relief of the Turk.

“About my transfer to Crystal Palace, I can say that I’m very happy the move failed.”

The 28 year-old has reportedly been keen to remain in England but Everton have wanted to jettison the Turkish international because of his £100,000 a week wages.

The double deal will mean Palace have no more room for domestic loans but the Eagles still have a large portion of the £45 million fee they received for Aaron Wan Bissaka to spend.