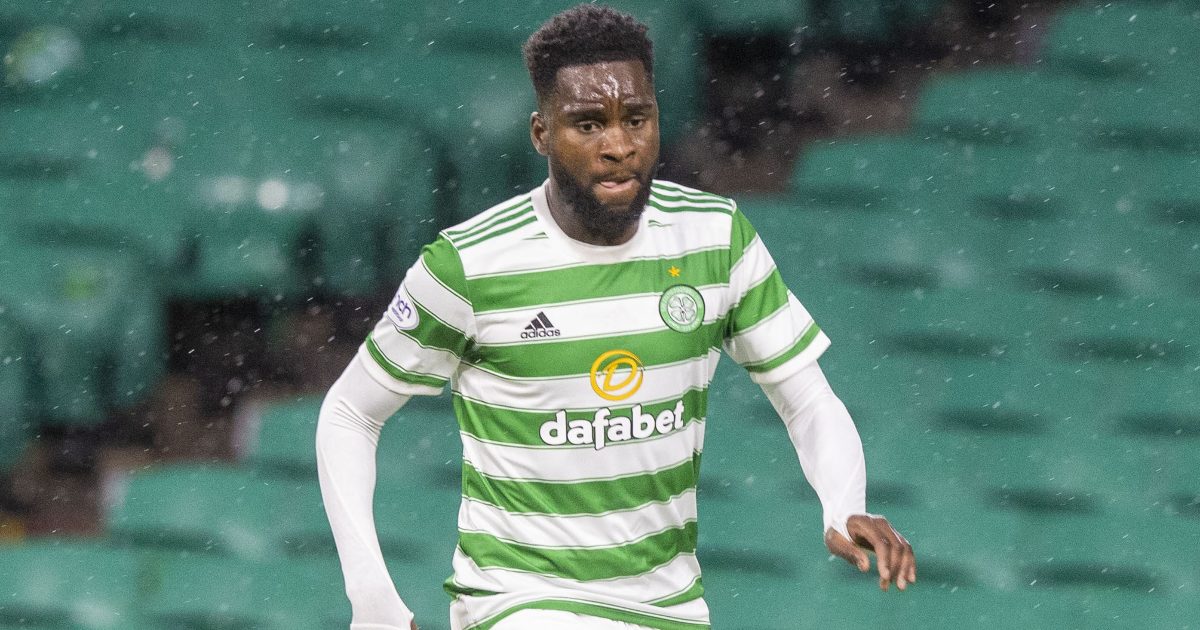 Crystal Palace have turned their attention to Celtic forward Odsonne Edouard with them being unable to agree a deal for Eddie Nketiah, according to reports.

The Londoners are in the market for a new striker before the transfer window shuts on Tuesday night.

They have been interested in Arsenal youngster Nketiah. He had a fruitful spell on loan at Leeds United in 2019/20.

Arteta is ‘doing it the right way’, Man Utd ‘liability’ and more…

He finished that season as part of Arsenal’s first-team and he played 29 times for his boyhood club in 2020/21.

It was reported last week that Palace were readying a £10m bid for the Englishman.

The clubs could not agree a deal, though, and Patrick Vieira‘s side are now interested in Celtic star Edouard.

The 23-year-old has scored 77 times for the Scottish side from his 150 outings across all competitions.

The Athletic have reported that Palace will pay around £12m for the forward:

The report reads: “Palace have been unable to reach an agreement for Nketiah. As reported last week, the south London club were eyeing up a deal worth £10 million for the striker. But Arsenal wanted to achieve a price of around £20 million.

“Arsenal were willing to reduce their asking price to around £15 million but Palace were reluctant to meet that.

“As a result, Palace have now switched their focus to Celtic striker Edouard. Barring a late twist, Nketiah is expected to remain at Arsenal.”

They add: “Palace have been tracking [Edouard] for some time, and their interest in him goes way back.

“It is anticipated that Palace will pay around £12 million for Edouard, representing a serious drop on what they would have had to pay for Nketiah.”

Elsewhere, Palace loanee Conor Gallagher has explained why he decided to join the club over Leeds:

“I liked what the manager Patrick Vieira was saying. I feel like it suited me very nicely and like I could express myself the best here.