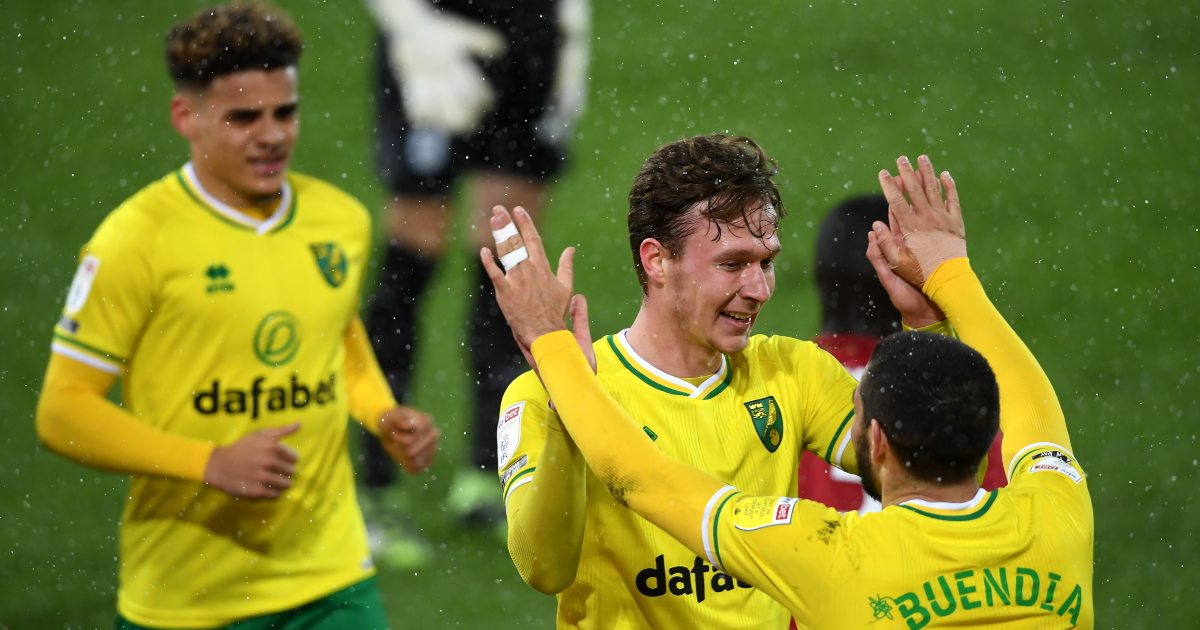 With Watford and Norwich City poised for promotion and Bournemouth a point shy of the play-off place with a game in hand, it is far from impossible that we will see last season’s relegated teams go straight back up. Is this just a coincidence or are clubs finally using their Premier League income and parachute payments to harden their superiority?

After all, you’ve been in the top flight for a season, hoovered up at least £100million, you go down and hoover up another £40million for the first season and about £30million for the second.

So there you are. Pockets bulging with £140million-plus, competing against clubs which might be in receipt of just £4.5 million in solidarity payments from the Premier League. Clearly the way to handle the situation is – as I wrote the other week – to do a Norwich. They are gaming the system brilliantly and are banking not on competing in the top flight but absolutely killing it every other season in the Championship.

It’s not hard to see how parachute payments harden disparities of wealth, nor why they are so controversial. It is testament to the competitive nature of the Championship and the ability of badly run clubs to squander any amount of money that this has not yet become an overwhelming problem, but it may well be on the verge of becoming so.

I’ve long advocated the fact that relegation is something to be embraced, not wept over, and this is one of the reasons why. The truth is, if you’re not a financial idiot (which of course many clubs are) there is obviously only one way to play the game and it is how Norwich City are playing it. This is a bad thing for the Premier League because if there’s one thing they don’t want it is relegation not to be A Big Thing. Because if it’s not A Big Thing and staying in the Premier League is not seen as crucial, their brand is significantly damaged. If there’s nothing to fear in going down – indeed, if you’re actively happy to pocket the money and get relegated – it massively devalues the whole competition. That’s what we’re on the verge of right now.

There are only two possible changes to make as things currently stand. The first is to further increase the money you get for staying in the top flight to make the gulf greater and thus, at least in theory, staying in more desirable. After all, what says success more than the ability to spend £40million on Joelinton and pay him £4million per year? You can’t do that in the Championship, eh. Pfft.

The other option is to remove the parachute payments and stop giving such a huge advantage to the relegated clubs. This is their preferred option. Rather than hand out money to lower-league clubs, why not keep it and hand it out to Joelinton instead? Lovely.

It seems ages since Stoke City got relegated at the end of 2017-18 season, but they’re still trousering an £18million parachute payment this season. Admittedly, it’s the last season they’ll do so and are currently 11th so may disprove the notion that the money is distorting the competition. But it isn’t. Not really. Stoke have had their fit of the vapours, have now stabilised under Michael O’Neill and a push for promotion next season isn’t massively unlikely. Without the parachute payments, that almost certainly couldn’t have happened. It allowed them to slowly but surely unhook the financial IVF drip feed.

Rick Parry has called the payments ‘evil’ for distorting competition in the Championship, but the evil leaks from the Premier League. It is the financially bloated corpse floating down a river of unearned wealth, inflating the price of everything while delivering little that wouldn’t have been delivered anyway.

Without the Premier League parachute payment or the promise of riches, then lower-tier clubs would have to cut their cloth according to the incomes derived from matchday and sponsorship etc. Which is fine. Not relying on free money is definitely the way ahead. Not betting the farm on getting promoted in order to drink milk and honey is also the way ahead.

Arguing for the abolition of the parachute payment is, in fact, an argument against the Premier League. It is the Premier League’s stupid wealth which is causing this problem, not the Championship. It is an attempt to bridge the massive financial disparities between the two leagues. But it doesn’t. It’s distorting the competition out of shape. But that’s how the Premier League likes it. It laughs at how dependent ‘lesser’ clubs are on the crumbs from its table. It doesn’t really want to help, what it does is only token and is only to fend off ‘cake and eat it’ criticism. It’s always creating problems, not least in the Premier League because it spends so much time admiring itself in a mirror.

There are two very different games of Association Football now; the money and VAR saw to that. It’s the Premier League and the rest. With lower-league club fans only wanting promotion because it means more money, not because it will deliver more entertainment, the parachute payment problems are another good argument for the dissolution of the Premier League, the hiving-off of the richest to a European Super League or whatever you want to call it and the flushing out of all the inflation via legislation and restoration of Divisions One to Four. The Premier League is already effectively a self-governing island; the rest of football should work out a way to do without it.