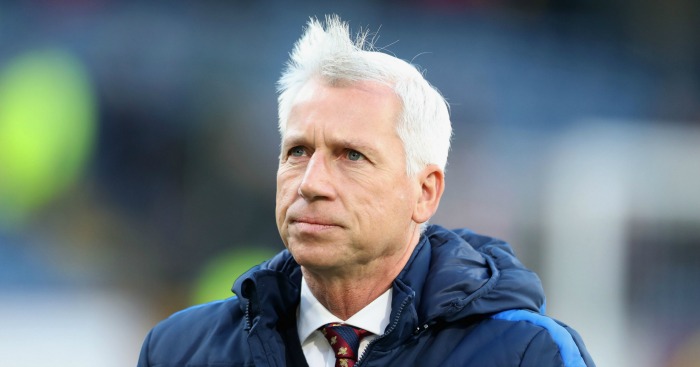 Alan Pardew has hit out at “certain Palace fans” complaining about a lack of clean sheets when they are providing entertainment.

Pardew’s Crystal Palace have not kept a clean sheet in the Premier League since April and have conceded 11 goals in their last four consecutive defeats.

Only the current top four have scored more goals than Palace – now just a point above relegation – and Pardew thinks fans should be grateful for attacking football.

“Anyone who knows the way I manage, I like my teams to be on the front foot and score goals, so clean sheets have never been the top of my priority,” Pardew told the Croydon Advertiser.

“But, of course, they are important and I have been looking for one, because it will give us the foundation to win a game.

“I want my team to play, I want my team to entertain. Certain Palace fans are focusing on that part of our game (keeping clean sheets), then that’s understandable – but I am not going to change the way we play.

“I want us to play and entertain. I felt the game against Liverpool, poised at 3-2, was an unbelievably great game for anyone watching.

“Our Palace fans should be enjoying the fact we were having a go at Liverpool and not sitting back, looking to just stop them. So, that’s how I am and that’s how it is.”

Pardew is getting remarkable patience despite a terrible 2016 punctuated by a summer of spending.