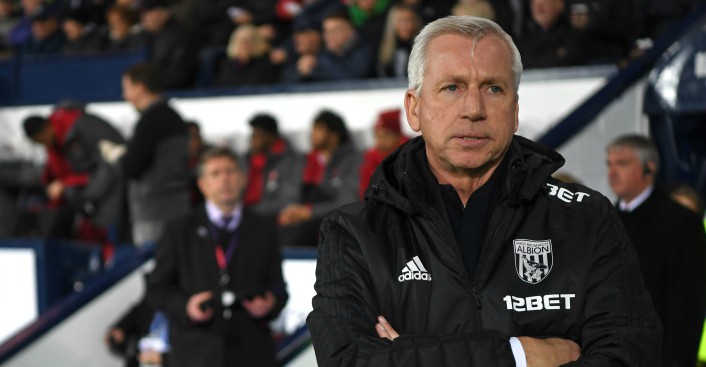 Alan Pardew will hold talks with West Brom’s owners later today to discuss his position as the club’s manager.

Pardew’s job is under threat with Albion bottom of the Premier League table and eight points from safety.

The 56-year-old’s future has been under review for a few weeks following a run of six straight league defeats and elimination from the FA Cup with another home loss to Southampton.

Saturday’s 4-1 loss to Leicester at The Hawthorns saw the pressure increase further on Pardew, who admitted after the match that he would not be surprised if he got the sack.

“Before you even ask me the question, will I speak to those upstairs? Yes I will, of course I will because it’s getting difficult,” he said.

Chief executive Mark Jenkins, who returned to the role last month after the sackings of his predecessor Martin Goodman and chairman John Williams, is back from China following talks with the club’s owner Guochuan Lai.

Jenkins was in China for main sponsor Palm’s AGM, with Pardew having won just once in 16 league games since replacing Tony Pulis in November.

And at the weekend Grzegorz Krychowiak, on loan from Paris St Germain, showed dissent to his manager after he was substituted against Leicester.

West Brom’s next game is away at Bournemouth on Saturday and today’s talks will hold the key as to whether Pardew will be the man in charge at the Vitality Stadium.