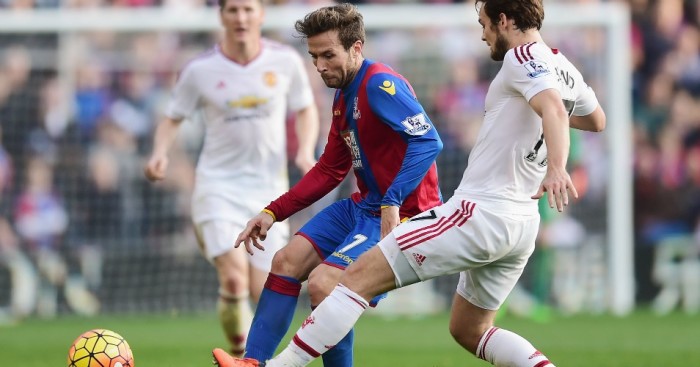 The referee only whistled one foul on the Frenchman – by Ander Herrera – but manager Alan Pardew claims that he missed several more in their 0-0 draw.

“(There were) eight fouls on him today, three or four tasty,” said Pardew. “(He was) a target for United, they tried to slow him down.

“Our senior players should have pointed that out (to the referee, Mike Jones). He still had a very influential performance.”

Palace restricted United to just one shot on target and Pardew said: “(United’s style) is different, patient, but when they dominate possession they are looking for that moment, incision. That incision is what they lacked today.”