Home All The News Pardew: Rashford and Wickham not ready for England 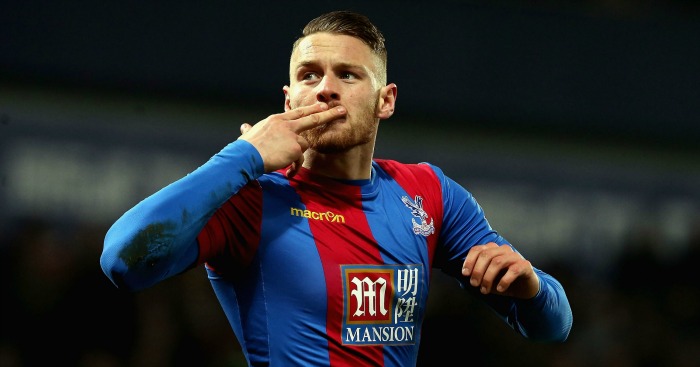 Alan Pardew has told Connor Wickham he needs to produce the goods consistently for Crystal Palace before he can be considered for England, but believes the in-form hitman has the attributes to reach the top.

The striker has scored four goals in Palace’s past two games to re-establish himself as a player of promise and highlight what it was that tempted Pardew to pay an initial £7million to Sunderland for him last summer.

Wickham has represented England at numerous age groups, including winning 17 caps for the Under-21s, but has yet to feature for the senior side.

Still only 22, there is plenty of time for Wickham to earn himself a full international call-up, but, while Pardew believes Palace could have a “massive asset” on their hands in a few years’ time, the former Newcastle manager says there are things the player needs to achieve at domestic level first.

“But Connor needs to secure a first-team position here. Nail it down, get 15 goals under his belt soon in one of these seasons, then you have to look at him because the size of him, his pace for a big man, the technical quality.

“I’ve managed Andy Carroll and I’d put Andy Carroll way above where Connor is (for English target-men) because you need to have an inner confidence to play for England.

“You’ve got to turn up and face 25 of your peers that have all been playing for England and know how to play. You have to bridge that gap.

“I’d like to think that Connor one day could be an England player. But he needs to have a couple of good seasons.

“If I was at Liverpool I wouldn’t take a chance with Connor Wickham, (with) where he was at Sunderland. You’ve got to jump straight into the first team and (Christian) Benteke’s having that problem. You need to really kind of hone yourself.

“Connor was an investment (for Palace), for the next two or three years.

“Then he’ll be 25 – he won’t even be in his prime – and I like to think he’ll have the striker role nailed on, and if that’s the case then we’re going to have a real massive asset on our hands. When you look at the value that we’ve paid for him, we could easily treble that.

“It’s a growing process, this year.”

Wickham’s hopes of continuing his rich form against Liverpool this weekend are up in the air.

A thigh injury suffered at Sunderland on Wednesday means he faces a late fitness test before Palace host the Reds on Sunday and Pardew revealed his inconsistent availability is a growing concern.

“It was his thigh muscle,” said Pardew, whose goalkeeper Wayne Hennessey also faces a late fitness test but who again has left-back Pape Souare available after suspension.

“We want him to play every week and, although he had a suspension as part of that lack of continuity, it’s something we are going to have to have a look at and make sure that we protect him.

“I might have to (consider a specific training programme). I don’t know if this keeps him out on Sunday, the next two, the next three or whatever. But if that’s the case I will have to look at it.”