Home All The News Pardew: We’d be in top four with Kane 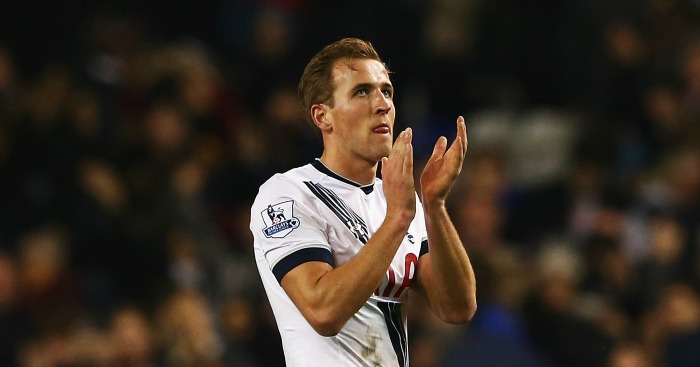 Alan Pardew says Crystal Palace would be in the top four of the Premier League if they had Tottenham striker Harry Kane.

The England international has scored 17 times this season for Spurs, who are fourth in the league and five points behind league leaders Arsenal and Leicester City.

Palace have performed well this season and are eight points behind Spurs in eighth place, but have failed to score in the league since their 2-1 win over Stoke on December 19.

The Eagles have been linked with a number of strikers this month, including ex-Spurs striker Emmanuel Adebayor, and Pardew admits that the team need to find a solution to their problems in front of goal.

And ahead of Palace’s clash with Spurs this weekend at Selhurst Park, the former Newcastle boss has praised Kane – but insists current striker Connor Wickham can make a similar impact to Spurs’ No. 10.

“Spurs have the best goalscorer in the Premier League, in my opinion – Harry Kane,” Pardew said “If Kane was in our team we’d be in the top four.

“Wickham coming back to us has given us a huge lift. If he gets goals on the back of his performances we’re going to have a real player.

“People will start talking about Connor Wickham and not Harry Kane if Connor starts adding goals.”

Pardew added: “Adebayor, and a couple of others that have been mentioned, we’re still going down the line of. We’re after somebody who would fit into our group. It’d be nice to see a big player come in.

“We’re having one of those seasons where it’s been terrific, but we’re having a bit of a lull. We can give ourselves a lift [with a signing] so it makes sense, for our fans and the players.

“We have to be realistic. Some of the figures being bandied about for good players, not great players, are massive. We mustn’t get out-priced. It’s difficult for us, West Ham, Everton to pitch in and not expose ourselves.

“Most of the Premier League clubs are operating at a healthy level, so it’s important we keep our heads and only do deals that benefit both clubs.”