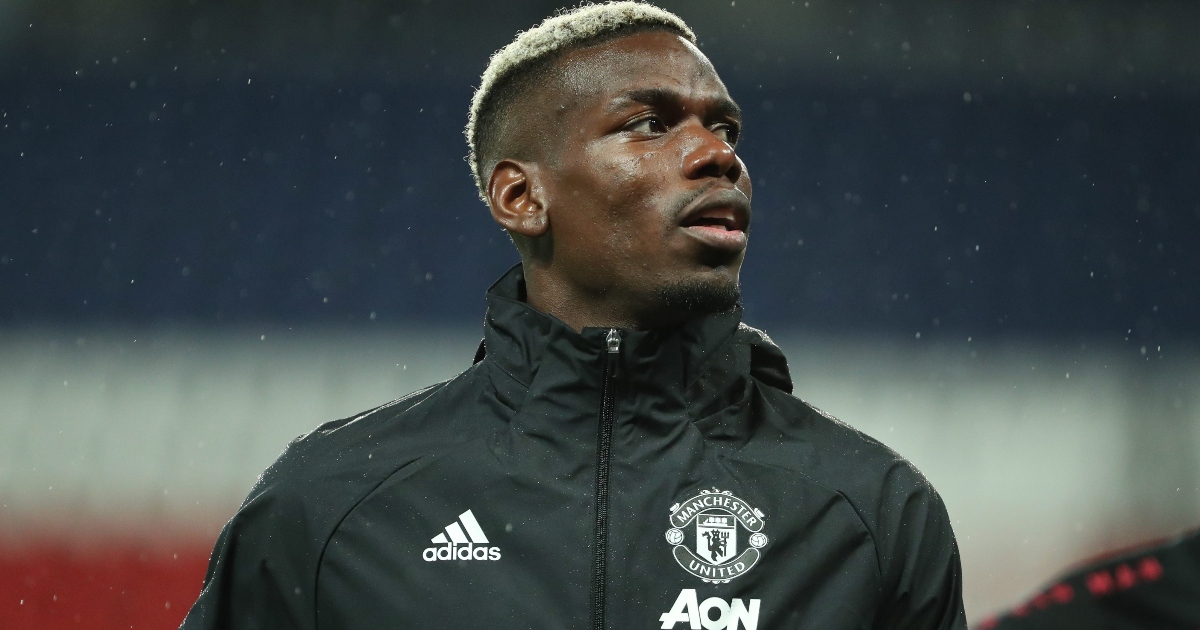 A group of Paris Saint-Germain supporters have hung up a banner carrying a cautionary message for Paul Pogba as rumours of the Frenchman’s impending transfer intensify.

It emerged earlier this week that Pogba, who has one year left on his deal, has rejected the offer of a contract extension from Manchester United, and that the Red Devils are now ‘anticipating an approach’ from PSG before the close of the transfer window this summer.

With Pogba showing ‘no encouragement’ that he is ‘prepared to sign a new deal’, United have been left with little option but to try and secure a sizeable transfer fee for his services, as they look to avoid the nightmare prospect of him leaving the club for free.

FEATURE: Ignore baseless opinions, Varane could be signing of the season

While Pogba remains highly regarded as a world-class midfielder, the rumours have not been unanimously welcomed by PSG fans, with some supporters pointing to his ties with bitter rivals Marseille.

Pogba told Canal+ in 2018: “I’m sure that I wouldn’t play club football at the Parc des Princes.

“I’m not attracted to that because my father and mother were fans of Marseille so Paris doesn’t really fit into my plans.”

Recalling this interview, some fans have made their thoughts known outside the Parc des Princes, hanging up a banner that reads: ‘Pogba you should listen to your mother, she doesn’t want you here. Neither do we!’

PSG look set to make a renewed attempt to win the Champions League next season after a busy summer of recruitment, having snapped up Sergio Ramos, Gianluigi Donnarumma and Gini Wijnaldum on free transfers.

Wijnaldum, who has faced Pogba in the Premier League, thinks the signing of the 28-year-old would represent another elite addition to the star-studded Parisian ranks.

“I would love to have Pogba with us,” he told RMC Sport. “He’s fantastic. I have played against him several times – what a player!

“If you ask any player from another team if he would like Pogba to join him, everyone will say yes because he is an extraordinary player, full of qualities.

“He has it all, one of the best midfielders in the world.”