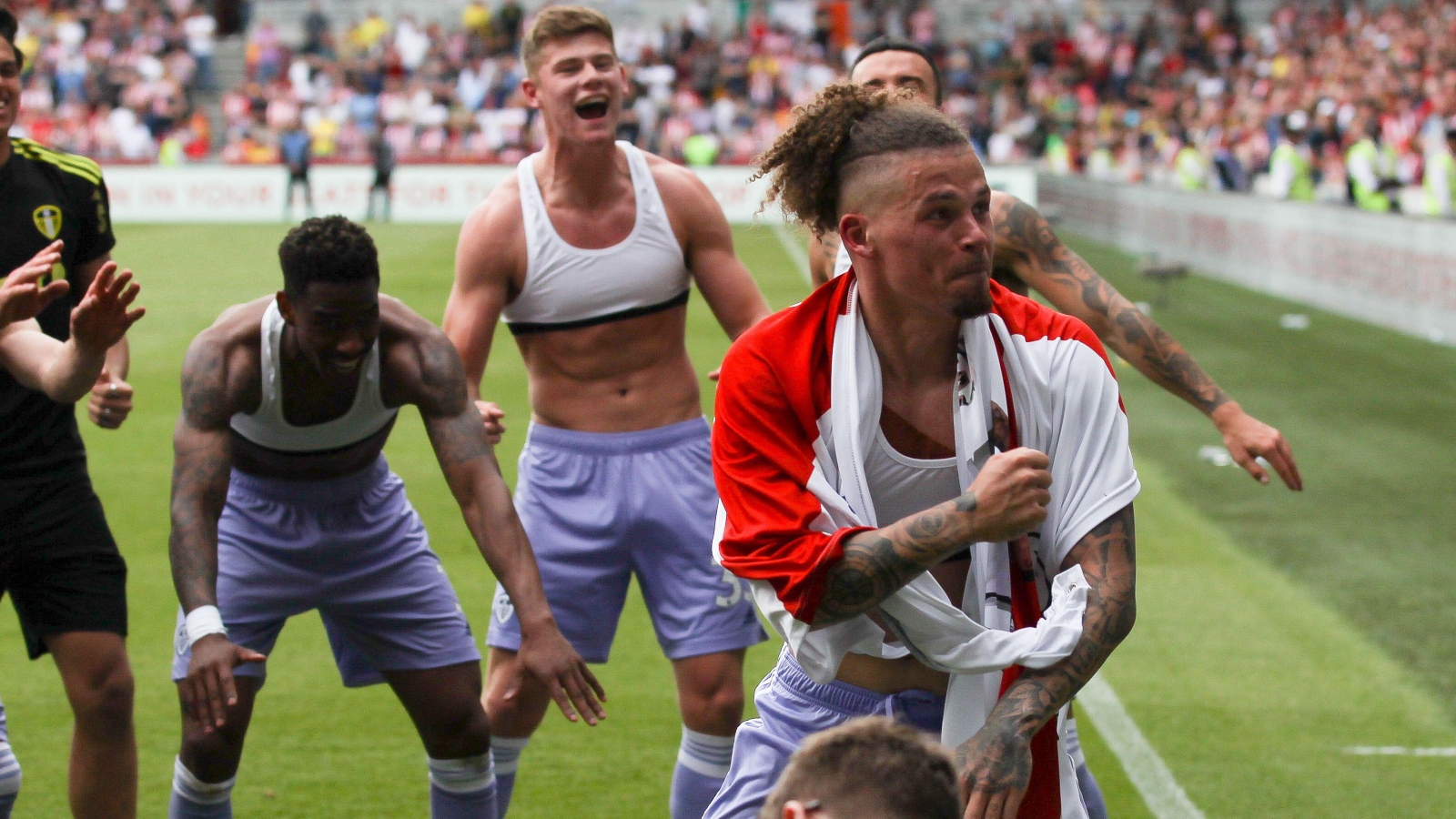 Paris Saint-Germain are reportedly ready to compete with Manchester City for the signing of Leeds midfielder Kalvin Phillips.

The England international is one of City’s top targets this summer as they eye a long-term replacement for Fernandinho.

Leeds are reportedly willing to accept a bid worth around £50million and have already brought in Marc Roca – who plays in the same position as Phillips – from Bayern Munich for around £10.4m.

Manchester United were also interested in signing the 26-year-old, however, he never contemplated moving to Old Trafford due to their rivalry with his current team.

An official bid from City is believed to be imminent, but they could face competition from the French champions.

This is according to the Mirror, who claim that Paris Saint-Germain have made a ‘formal approach’ to Leeds over a deal to sign Phillips.

The #ThreeLions got their #EURO2020 campaign off to a winning start #OnThisDay last year!

The Ligue 1 giants have ‘contacted’ the Whites to find out how much it would cost to sign the England midfielder.

Phillips will likely be able to triple his wages to around £200,000 if he moves to the French capital, and will also be able to experience Champions League football for the first time in his career.

Meanwhile, Leeds could bid for Sheffield United midfielder Sander Berge if Phillips departs, according to GiveMeSport.

Berge’s boss at international level recently urged him to seek a transfer away from Bramall Lane. Norway coach Stale Solbakken said: “I think it would be good for him to be aware that he does not belong to the Championship now that he has his physique and match fitness back.”

The 24-year-old is ‘understood to be one of the names on Leeds’ radar – and Victor Orta has a good chance of landing him if a pursuit gets the green light’ with the Blades valuing him at around £25m.