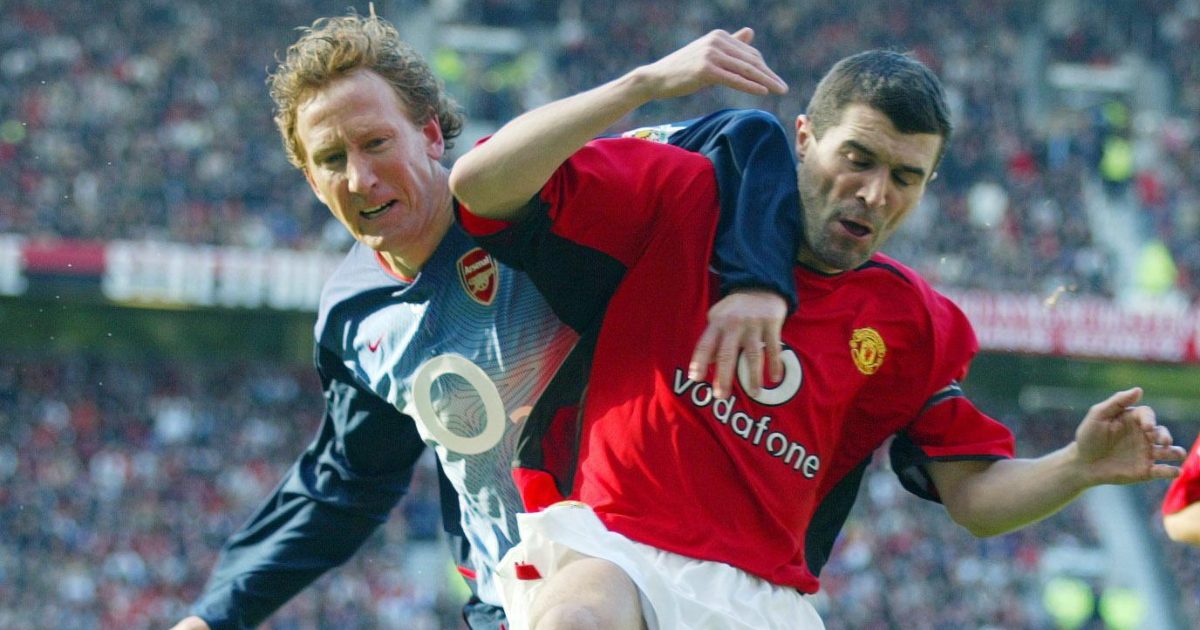 Arsenal legend Ray Parlour has criticised Tottenham defender Cristian Romero for celebrating in front of Harry Maguire during their defeat to Man Utd.

Spurs were arguably the better side over the course of the 90 minutes but they were beaten 3-2.

Maguire’s own-goal made it 2-2 with 20 minutes to go. When this went in, Romero taunted the out-of-form Man Utd star.

This backfired in the end though as Cristiano Ronaldo completed his hat-trick to settle the game in the 81st minute.

“Not good. No, no, no. You get no luck for that. When you’re a player you take note, don’t worry. You take note of that.”

Parlour has now suggested that if he was Maguire, he would have “taken out” Romero for his actions:

“I think that’s bang out of order. I don’t think I’d do that. It’s a big game for both sides but come on,” Parlour said (via the Standard).

“I don’t know the situation but you don’t need to do that. Just take the goal and run away and celebrate with your team-mates.

“I’m with Roy Keane. I’ll be waiting for him in the next game, do him – boff!

“You can take him out though! Go for a tackle and get a yellow card for it.

“Don’t do it 100 per cent, just take him out. I got brought up in an era where you do that – Martin Keown, Tony Adams – they know exactly who’s taking the mickey out of people and they do him.”

Tottenham manager Antonio Conte admitted his side were beaten by the brilliance of Ronaldo rather than Manchester United.

“We’re talking about a player who not only tonight showed he is a top, top player.

“Cristiano Ronaldo and Lionel Messi are the two best players in the world in this era. When you play against this type of player, they’re decisive.

“Without Cristiano Ronaldo, for United it wouldn’t have been a good night.”