Home All The News Parlour: Eriksen ‘looks like he’s on his way’ out at Spurs 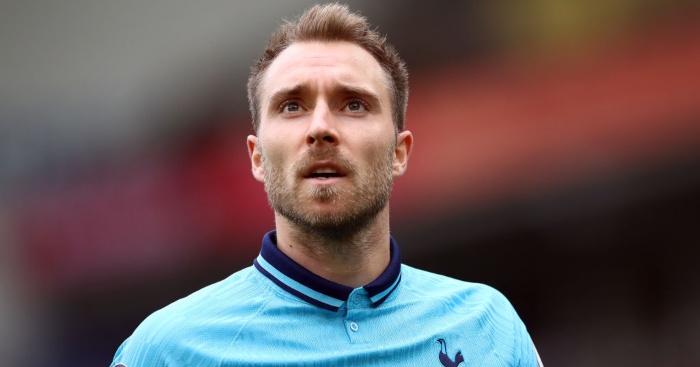 Ray Parlour thinks Christian Eriksen “looks like he’s on his way” out at Tottenham after his poor performance in their loss against Bayern Munich.

A much-changed Spurs side closed their Group B campaign with a 3-1 defeat at Bayern Munich in a game where nothing was at stake.

Mourinho’s men will now face Barcelona, Juventus, Paris Saint-Germain, Valencia or RB Leipzig in the next round, with the draw on Monday.

Eriksen failed to shine as he started his ninth match of the season following a summer where he made it clear he wanted to leave.

“It’s difficult for players when they’re left out of games, because you can train as hard as you like and still not be match fit,” Parlour told talkSPORT.

“Then when you go into competitive games you’re not as sharp as you are if you’re playing on a regular basis.

“Tottenham know now if he’s going to leave or not, and he looks like he’s on his way.

“He goes on a free transfer, so loads of people will be interested, but is he good enough for Real Madrid?

“It’s nice for him, but you’ve got to go somewhere you’re wanted and you’re going to play on a regular basis.”