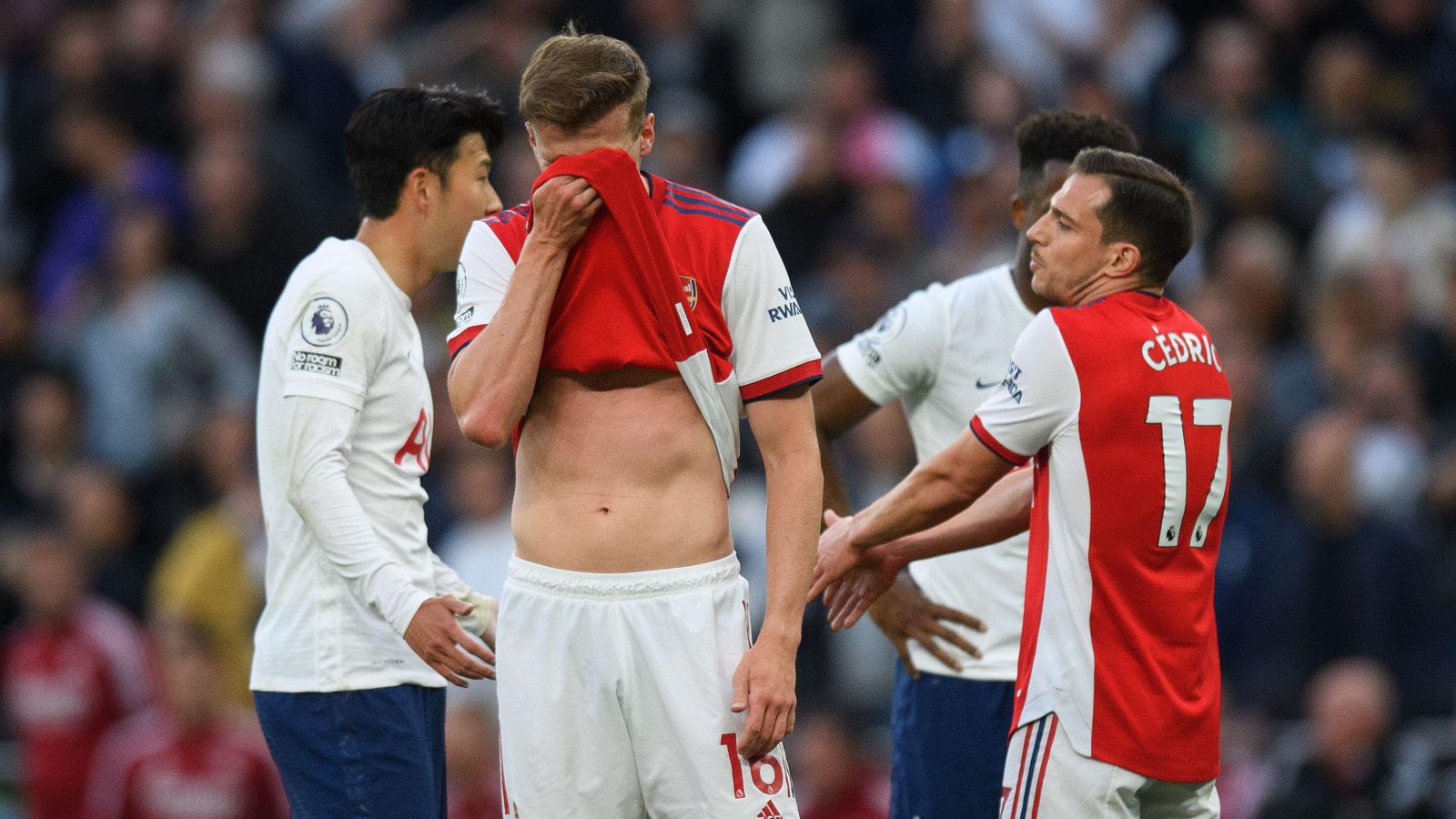 Ray Parlour thinks Son Heung-min elbowed Rob Holding in the face during the north London derby between Tottenham and Arsenal on Thursday night.

However, it was Holding who was sent off in the 3-0 win for Spurs with the Gunners defender seeing red after only 33 minutes.

Harry Kane scored twice before Son added another shortly after the break in a comfortable win for Antonio Conte’s side, which was made easier by Holding’s decision to use his arm to block off Son in the face, as he picked up his second booking of the game.

One of the opening exchanges between Son and Holding saw the Arsenal defender haul the Tottenham forward to the floor. Holding continued to pull Son to ground when they were on the floor and the South Korean’s arm connected with Holding’s face as he tried to get up.

However, Parlour and other Arsenal fans saw it as a blatant elbow after a number of decisions went Tottenham’s way in the first half.

“When he was on the floor, I think this was the first one, he was holding onto him, and he just gave him a little elbow,” Parlour told talkSPORT.

That incident was in the 11th minute and Parlour has suggested it could’ve wound the Arsenal defender up before his sending off, he said: “Maybe that’s a reason he was a little bit highly strung through the game, Holding, because he got an elbow.”

Clattenburg told the Daily Mail: “Holding had already been fouling Son prior to receiving his first yellow, almost targeting the Spurs forward in a running battle.

“Although referees allow a degree of feistiness in these derbies, Tierney finally lost patience with Holding and booked him for his third foul on Son, this time for pulling back his opponent.

“Given he was already on a yellow, it was therefore stupid of Holding to block Son’s run using an elevated arm.

“Antonio Conte’s teams love making it so that the referee has decisions to make. Holding fell for it hook, line and sinker, and his naivety sank Arsenal.”