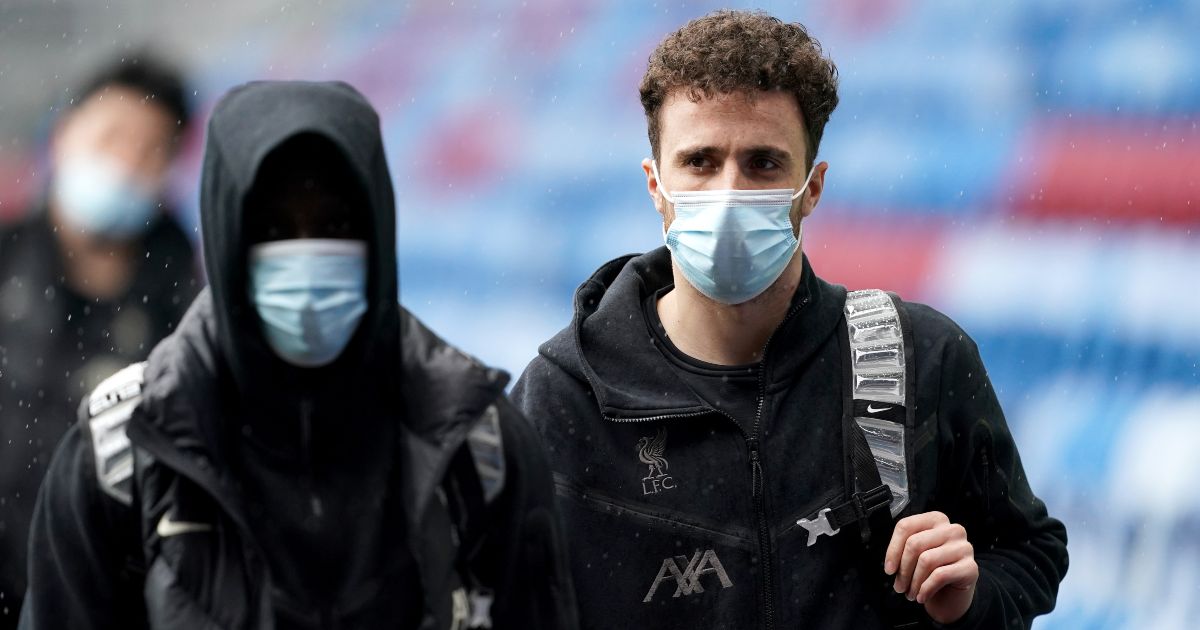 Ray Parlour would consider subbing Erling Haaland out of the top three forwards in the world right now for Liverpool striker Diogo Jota.

Jota has impressed ever since his move to Anfield, initially coming in as a squad player but now finding himself as one of the first names on the team sheet.

The Portuguese forward has slotted into Liverpool’s formidable front three alongside Sadio Mane and Mohamed Salah.

Liverpool fans should be happiest – with Arsenal not far behind

Mane and Salah were away last month due to international duty and Jota has stepped up their absence to keep Liverpool in the hunt for Premier League glory.

Jota also bagged a brace in the Carabao Cup semi-final against Arsenal to send Liverpool to Wembley and Parlour thinks Jota has been “unbelievable”.

Parlour said on talkSPORT: “What he’s done since (Mo) Salah and (Sadio) Mane have been away – Jota has been unbelievable. I think he’s the best number 9 at the moment.

“I think he’s been absolutely sensational since they (Liverpool) lost Mane and Salah (on international duty in AFCON).

“I like his work rate, they way he conducts himself, his goals he scores and I think he’s going to get better.”

Trying to add perspective, talkSPORT presenter Laura Woods responded to Parlour: “Hang on a minute. Let’s say the top three are (Kylian) Mbappe, Salah and (Erling) Haaland, are you subbing out Haaland for Jota?”

To which Parlour added: “Erm… possibly yes. I think Jota’s been brilliant. What a signing he’s been.”

😱 𝗣𝗮𝗿𝗹𝗼𝘂𝗿: “Jota has been unbelievable. He’s the best number 9 at the moment!”

Ray Parlour believes @DiogoJota18 is in the top 3 best players in the world! 🌍 pic.twitter.com/NxFzr49ROu

Meanwhile, Thiago Alcantara recently revealed that Jota’s form for Liverpool doesn’t surprise him at all.

Thiago said: “We have an amazing squad and when we came new in the team it was very easy to get through and share the things they do on the pitch.

“And second, we have a great manager, so with this combination the new players that came last season and came this season, we have a really easy job to do.

“Diogo, we did not get surprised this season; we got a surprise last season how precise he was up front, how he was sharp, and this season we just wait for a good performance like this and it’s amazing.”