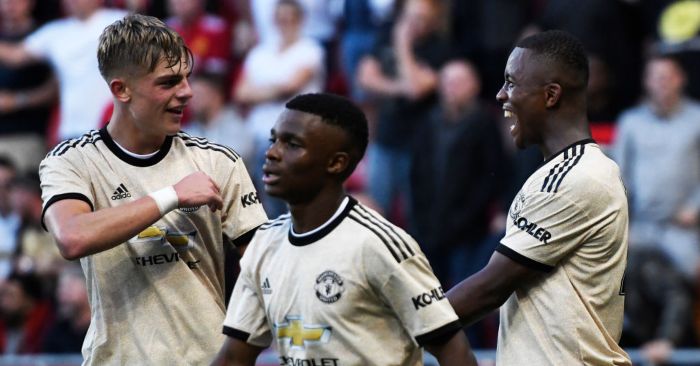 Little did he know but when Southport fan Jay Cave started the Against League 3 campaign, his Twitter would become, alongside crucial activist work, an archive for record low gates in the B-team-scarred EFL Trophy.

‘Southend’s EFL Trophy crowd of 641 tonight is their lowest ever first team attendance’ tweeted Against League 3 on an early October night when United were beaten 2-0 by Brighton under-21s, leaving the Essex side bottom of their group.

No Wembley, it seems, for Southend. Top-tier Brighton, not short of a bob or two, are top of their group in an EFL competition designed for, you know, Football League teams.

Against League 3 went on to tweet some more sobering stats:

A game of crowds has been reduced, in the case of the EFL Trophy, to one of rattling stadiums, players’ shouts over fan chants and supporters staying away from teams they love. Pit fans against clubs and your competition is going through soul death.

Cave’s is a grassroots campaign, with no assistance from the football supporters’ bodies and has blown up into the B-Team Boycott, probably the strongest and most consistent show of fan solidarity in English football history.

Shaun Harvey, the former EFL chief-executive infamously accused of “auditioning for a high-profile game at the Premier League” was at the centre of B-team inclusion in 2016. Harvey left the EFL at the end of last season but his legacy lives on in the all too irregular clicking of turnstiles in the competition he helped to run and ruin.

On announcing the inclusion of category one B-teams in the EFL Trophy, Harvey said:

“The new format is intended to rejuvenate this competition and also assist the development of the very best young players in English football. This will help us deliver more and better home-grown players which will deliver benefits to the national team and domestic league football at all levels.”

A load of pony from a man who couldn’t stop flogging a dead horse. The rejig has failed on most, if not all counts. The benefit of a maximum eight matches, if each young Premier League player starts every game in the EFL Trophy including the final, remains tenuous. Even more so in comparison to 38 potential top-flight league matches.

The supposed advantage to the national side, talked up when the changes first kicked in, is barely referenced now. The idea that a run out in front of one man and his dog is a proper finishing school to a multi-million academy industry pathway and multiple cup-winning England youth sides, laughable.

Incoming EFL Chairman Rick Parry should stand up for the Football League’s integrity and kick the Premier League brands out of its competition, returning it to an all-EFL format. Run it sensibly with tight regionalisation, celebrating the heritage of proud clubs, and stay-away fans will return in their droves.

The League Cup could become the go-to competition for blooding Premier League youngsters with a rule that seven out of 11 players from Premier League entrants must be English and under 21. It would unburden the EFL Trophy, deliver a similar number of games and advantage Football League clubs in one go.

In the background, ultra rich Man City’s U21s sit top of their EFL Trophy group above actual EFL clubs Bradford and Rochdale. Phil Foden, Citizens star and man of the match in England U21’s 5-1 win over Austria, can’t get a Premier League game at the Etihad for love nor money.