Mauricio Pochettino repeatedly called Dembele a "genius" and to Tottenham fans he is their unicorn... 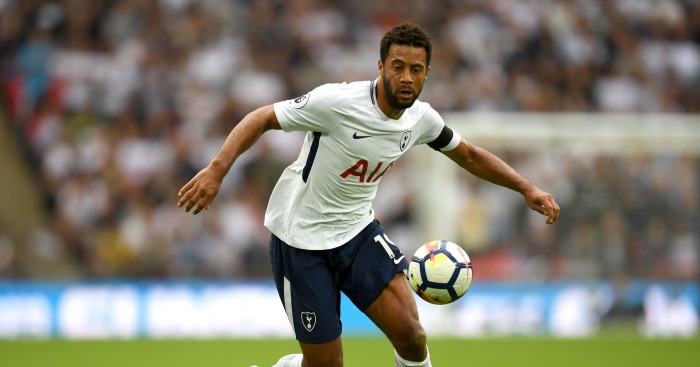 ‘Dembélé was our best player, he’s very skilful and pacey,’ said the Fulham fan quoted in The Guardian’s match report for the first of Mousa Dembele’s 194 Premier League starts at Blackpool in August 2010. I was also at that game on a very rainy day and came away raving about Fulham’s new striker, who had thrived in a silk-and-steel partnership with new England international Bobby Zamora.

Dembele had walked away with two assists and I asked Mark Hughes about his new Belgian forward, only to find him more interested in talking about Dickson Etuhu. I should have known right then that Dembele’s star would easily eclipse that of his first Fulham manager.

It was Dembele’s second Fulham boss who would watch this skilful and pacey striker and see something different. Or at least something extra. Not only did he have skill and pace, but he also overflowed with vision, game intelligence, strength, a lightness of touch that belied that strength and a combative nature that made dispossessing him almost as difficult as getting past him. All of which was considerably better than his finishing. Where others saw a talented but sadly not prolific striker, Martin Jol saw a central midfielder. And not just any central midfielder but “the best player on the ball” that he had ever seen.

“That was the big change in his career and I’m sure he’d tell you the same,” said Jol several years later. “Dembele could play for any top team in the world. He is so strong and he will never lose the ball. He is so good. I’ve known him for 15 years. He started as a kid in Belgium and then he came to Holland as a striker. Then he played on the wing. Can you imagine him playing on the right wing, a left-footer on the right?”

We can imagine it but we would really rather not; Tottenham fans will cherish their own memories of a player Mauricio Pochettino has repeatedly described as a “genius”, but for myself and other neutrals, his performance against Manchester United almost two years to after that blustery Blackpool day was the zenith. It now seems extraordinary that Sir Alex Ferguson – reportedly a long-time admirer – did not immediately sign a player who repeatedly embarrassed his own central midfield pairing of Tom Cleverley and Anderson with a display of pace, power and poise that Alan Hansen was born to describe. Instead he signed for Spurs and Andre Villas-Boas, who promptly sat him on the bench as Sandro and Jake Livermore toiled against Norwich at home.

Dembele came off the bench and scored, of course. Though any Tottenham fans who thought they had signed a goalscorer would have to wait 15 months for another Premier League strike. What they had signed was a game-controller, and Spurs won their next four games with Dembele at the heart of their midfield. Then he got injured and Spurs won just one of their next five. And thus began the pattern of his career in north London. Having played almost 3,000 minutes of Premier League football for Fulham in 2011/12, he never got beyond 2,300 minutes in any season for Tottenham. Two steps forward were usually followed by a stumble and an injured hip.

“Without Mousa Dembele, we do not exist. Tottenham does not exist,” said Pochettino as recently as August 2016. And he was only half-joking. Some Spurs fans refer to Dembele as a ‘unicorn signing’; it can never be repeated because there simply are no equivalent footballers. Nobody plays central midfield quite like Dembele, who somehow mastered the art of being both ballet dancer and bulldozer. Even last season – which was typically staccato – Dembele dribbled past more opposition players than any other Tottenham player. This season, he has failed just once in eight dribble attempts. For context, Christian Eriksen has lost the ball nine times from 11 attempts. Oh and Dembele has lost just three of 16 attempted tackles. And this is the Belgian in the final throes of his career in elite football.

78% – Since his Spurs debut in September 2012, none of the 164 players to have attempted at least 150 dribbles in the Premier League have beaten their opponent with a higher proportion than Mousa Dembélé (78%). Controlled. pic.twitter.com/kZMYUoaJvg

In a week in which Cesc Fabregas has been lauded and yet cursed with a thousand voices saying ‘if only he had pace’, we may well be saying goodbye – after over eight years in the Premier League – to a man who is a contender for the fictional award of ‘most complete midfielder of this decade’, even without the physical resilience that would have made him a shoo-in. We will leave (almost) the last word to Pochettino:

“I always say, ‘Mousa, in my book, you will be one of my genius players that I have been lucky to meet’. One was Maradona, then Ronaldinho, Okocha and De La Pena. He is a genius too, Mousa Dembele. We always told him, ‘If we had taken you at 18 or 19 years old, you would have become one of the best players in the world.'”

Shame. But he was still pretty bloody brilliant.