A list as long as his arm. Don't go thinking that the central defenders are the only issue... 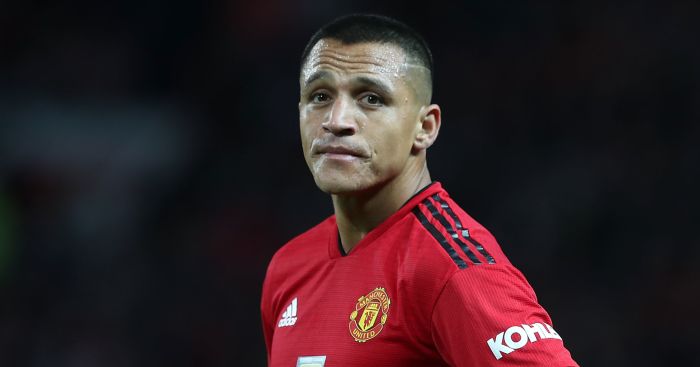 1) Make peace with the situation
At some point over the last six months, Ed Woodward and Jose Mourinho went their separate ways. Mourinho presumably signed a new contract because he believed that the club would match his ambitions in the transfer market, and Manchester United presumably offered him the deal with assurances that the club and manager were on the same page.

They are no longer. Mourinho clearly prefers to buy ready-made stars, while Woodward is now demanding that Manchester United develop and improve what they have, predominantly buying younger players who can fit this model of improvement. That is not Mourinho’s forte, and never has been. It is surely not what he signed up for.

But Mourinho has to make peace with the events of the summer, and suspend his disappointment for the good of the club and his own reputation. Players do not like hearing that their manager doesn’t believe that they are good enough, and an employer doesn’t like hearing the manager air dirty laundry in public. There is nothing to be gained through petty point-scoring other than ill will.

It might not come naturally to Mourinho, but he must now keep his temper in check and try to salvage this crisis. Pull off that task, and he can restore his own reputation. Fail to do so, and this crisis only deepens to the point where the manager’s exit becomes an inevitability.

2) Decide upon a central defensive system
Jose Mourinho has never been shy in sending transparent messages to his bosses via team selection, but at some point he’s going to have to accept that Manchester United did not sign Harry Maguire or Toby Alderweireld in the summer.

That doesn’t have to mean that Manchester United will be defensively unsound this season, even if they have conceded three or more goals in consecutive league games for the first time since 2012. After all, they did have the second most miserly defence in the Premier League last season.

The suspicion is that Mourinho’s constant chopping and changing is actively hampering United’s defensive performance. They have picked a different combination of central defenders (in a two or three) in each of their last nine matches. Eric Bailly goes from first team to persona non grata. Chris Smalling is brought in from the cold and expected to hit the ground running. Speak to any professional defender, and they will tell you that this flux only makes communication and cohesion harder.

Mourinho may not choose to accept his own role in United’s defensive instability, but he must decide upon a first-choice defensive pairing and stick with it for at least three or four matches. Bailly and Phil Jones have a 90% win record when starting together for United – it’s time to give that partnership the chance to settle.

3) Improve the fringe benefits
There are multiple differences between Liverpool, Manchester City and Tottenham and Manchester United, but the most obvious contrast lies in the performance of fringe players.

Take Georginio Wijnaldum at Liverpool, Bernardo Silva at City and Lucas Moura at Tottenham. The former felt threatened by the arrival of Fabinho this summer, while the other two were kept on the fringes of the first team last season. Silva and Moura could easily have pushed for moves this summer.

Instead, Jurgen Klopp and Mauricio Pochettino promised both that the team would always be a meritocracy and they would get chances to impress. While those two coaches carefully man-manage a first-team squad of 18, making everyone feel special, only the starting XI seem to matter to Mourinho. Players are bombed out, castigated in public and left out in the cold. They are then brought back into the first-team fold and expected to perform from a standing start.

Compare Silva and Anthony Martial, who was left on the bench for United’s first league game, started the second match and was then omitted entirely from the match-day squad against Tottenham. Martial is 22 years old – is this fluctuating treatment really like to inspire consistency? And compare Wijnaldum with Juan Mata, who failed to convince Mourinho that Jesse Lingard didn’t deserve to walk straight back into the team.

Now Manchester United’s fringe players might be far worse than those at Tottenham, Liverpool and Manchester City, but I’m not buying that. Some are not a perfect fit for Mourinho’s needs, but the manager needs to create a more positive environment in which they can feel valued. Jumping from the first XI to the naughty step on a weekly basis only furthers the uncertainty that is reflected in the club’s results and performances.

4) Solve the Sanchez problem
Three months into last season, Mourinho made it clear that he wanted to sign a right-sided attacking midfielder to provide better service to Romelu Lukaku, who had been left far too isolated. Christian Pulisic and Willian were both mentioned, but the name that kept cropping up was Ivan Perisic.

And then Mourinho and Manchester United got wind that Alexis Sanchez’s impending deal to join Manchester City could be gazumped by a lucrative offer to the player and his agent. United moved past City in the Sanchez queue, and announced the signing on January 22.

The only problem was that Sanchez did not fit Manchester United’s purpose. They already had two left-sided forwards, fantastic talent in Marcus Rashford and Martial, the former European golden boy and £40m signing. Unless they could persuade Sanchez to play on the right, United had given the answer to the question nobody was asking. They had also made Sanchez the highest-paid player in the Premier League.

“I like to play down the left,” said Sanchez immediately after signing. “Or through the middle, but to tell you the truth I’ll fit in anywhere.” The Chilean had already given away the answer.

Seven months later, and Sanchez has still not fitted in. He has been played predominantly as a left forward, keeping both Martial and Rashford out of the team. But the player that dragged Arsenal single-handedly through times of adversity has rarely been seen in Manchester. Sanchez has not been desperately poor, but this is the highest-paid player in the country.

“Juan Mata, Lukaku, Rashford, Martial, Alexis…I don’t want attacking players so for speculation in the summer you have to go to other areas,” Mourinho said in February, labelling Sanchez as a signing for the summer because he would flourish after a full preseason. “For attacking players I am really happy.”

United are still not attacking with any obvious plan other than waiting for several component parts playing in isolation to infrequently click. If Sanchez was worth the investment and faith, he has to form part of a cohesive attacking unit. Make that work, and United can fire.

5) Getting players closer to Lukaku
Romelu Lukaku may well be a little sheepish in training on Wednesday and Thursday, after his first-half miss proved costly once Manchester United’s defensive wall collapsed. But the majority view within Old Trafford is that United have wholly failed to support the centre forward, too often leaving him isolated or playing with back to goal. Not only do the statistics back up that view, they are getting worse.

Between the start of last season and the turn of the year, Manchester United ranked fifth in the Premier League for touches inside the opposition penalty box. The figure is not an exact measure of attacking impetus, but does imply that United do more of their work outside of the area than their rivals. Between January and May, United dropped further to sixth in the table on the same measure. They had 90 fewer touches of the ball in the penalty area than any other member of the top four.

The accusation against Mourinho’s United is that they are far too passive, waiting for things to happen rather than making them happen. So far this season, Manchester United have had 57 touches of the ball in the penalty box, 15th in the league and above only Newcastle, Wolves, Cardiff City, Brighton and Huddersfield. The top four on the same measure are Manchester City, Liverpool, Tottenham and Chelsea, United’s four likely rivals for a top-four place.

Being the anomaly is not a compliment. Mourinho’s side are ponderous through central midfield, allowing defences to regroup, and too slow to get attacking midfielders close to Lukaku in dangerous areas. Ranking behind Fulham, Watford, Bournemouth and Southampton for shots taken is concerning. Ranking below Neil Warnock’s Cardiff City for chances created is embarrassing.