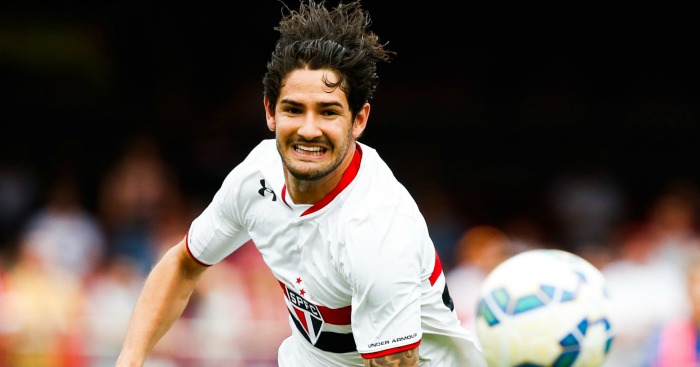 Alexandre Pato has been backed to do “very well” at Chelsea by Brazil legend Zico.

Pato, 26, who Zico has described as the “jewel of Brazilian football” when he broke through at AC Milan, signed for Chelsea from Corinthians on loan for the rest of the season last month, but has yet to appear for the first team.

Chelsea are believed to have an option to make the move permanent at the end of the season and Zico is sure the forward, whose career has hit a plateau in recent years due to injuries, can regain the form he showed for Milan and Brazil several years ago.

Zico told the Chelsea’s official website: “It’s a fantastic opportunity for him. You could even call it a golden opportunity.

“He’s a player who has had ups and downs but he is a top-quality player and I think he will settle at Chelsea and do very well, which will also be very good for the national team.

“When Pato broke through, he was considered the jewel of Brazilian football. He moved to Milan and was doing very well but then injuries came along and unfortunately he really suffered with them.

“Now he has another chance to prove his quality at Chelsea and get back to his best.”

“It’s not a gamble,” said Hiddink.

“Coming on loan makes it possible to have a good view on him, whether he is able to adapt to the high demands of the club and the league.”