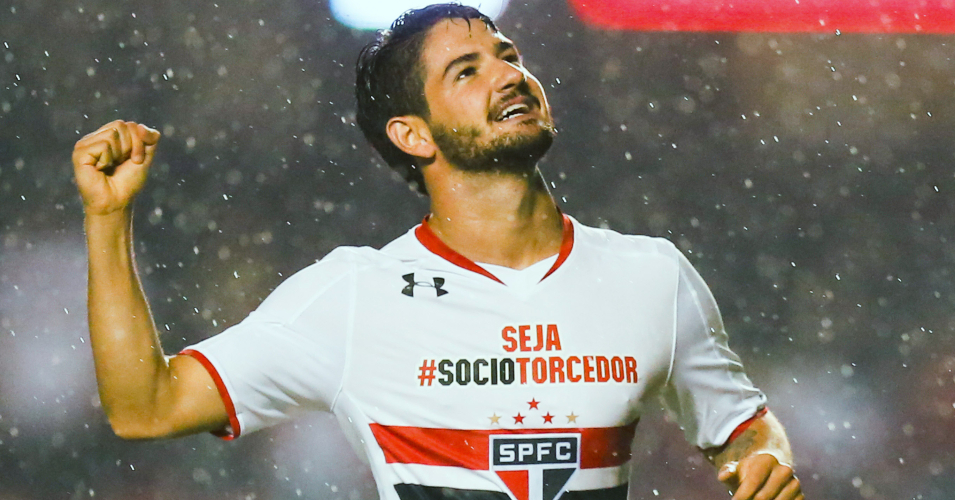 Alexandre Pato claims Manchester United made a last-ditch attempt to sign him with “a very nice offer” on transfer deadline day.

The 26-year-old Sao Paulo striker, who is on loan from Brazilian rivals Corinthians, says Louis van Gaal made an approach to sign the former AC Milan forward.

The former Brazil international, for whatever reason, failed to take United up on their offer and Van Gaal signed Anthony Martial from Monaco for a fee that could rise to £58m.

Speaking to SportTV, Pato said: “I won’t lie, two hours before closing [the transfer window] I had a very nice offer from Manchester United.

“I was expecting it, but I only knew after when they commented. But my focus now is here.

“I am working to do my best and possibly stay at Sao Paulo.

“I won’t lie to you that I think yes [about the future]. I see with my family, with the people closest to me, we talk about what will happen, how it will happen, what will be next year.

“It’s only a few months, we don’t count December, so it’s not a long time.

“I would really like to stay, but that doesn’t depend only on me. I have to do my work, my agent and my family take good care of these things, they want the best for me and the club, and I’m very professional, I always work focused, trying my best not to think.”