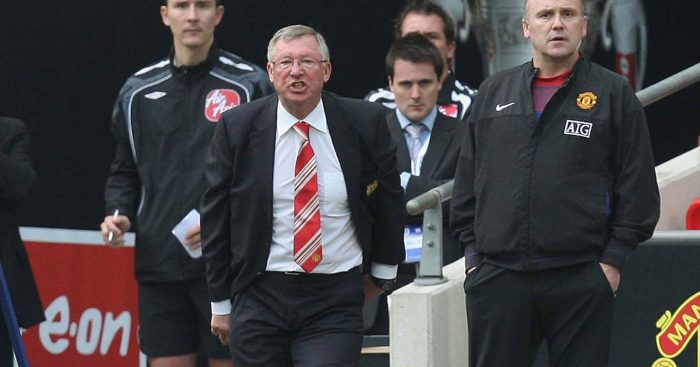 Patrice Evra has recalled the time Sir Alex Ferguson shouted at the Man Utd players for failing to sign autographs for supporters.

However, it wasn’t all plain sailing for Evra and his Man Utd team-mates with Ferguson quick to jump on them if he thought they were out of line.

And Evra has reminisced about the time they felt the full force of his “hairdryer” after the Red Devils players refused to sign autographs for fans.

“I give you one example, once when we were in pre-season, and before we came on the bus, we were really tired, I’ll be honest with you, and there was a queue of fans,” Evra told the Manchester United Podcast.

“And the players were like ‘when no one signs, no one has to sign’. So we went straight to the bus, every one, and I look out the window and I see Sir Alex Ferguson signing each autograph.

“I swear he must have signed for like 45 minutes. He was signing [for] everyone. I say ,’Guys, when the boss comes on the bus, we are done’.

“And he came on the bus, he gave us the hairdryer. ‘What the hell do you think you are?! Those people are paying your salary. Those people are coming to watch you. Now get the f**k down there and sign.’ And we had to sign each fan. But that’s the mentality.”