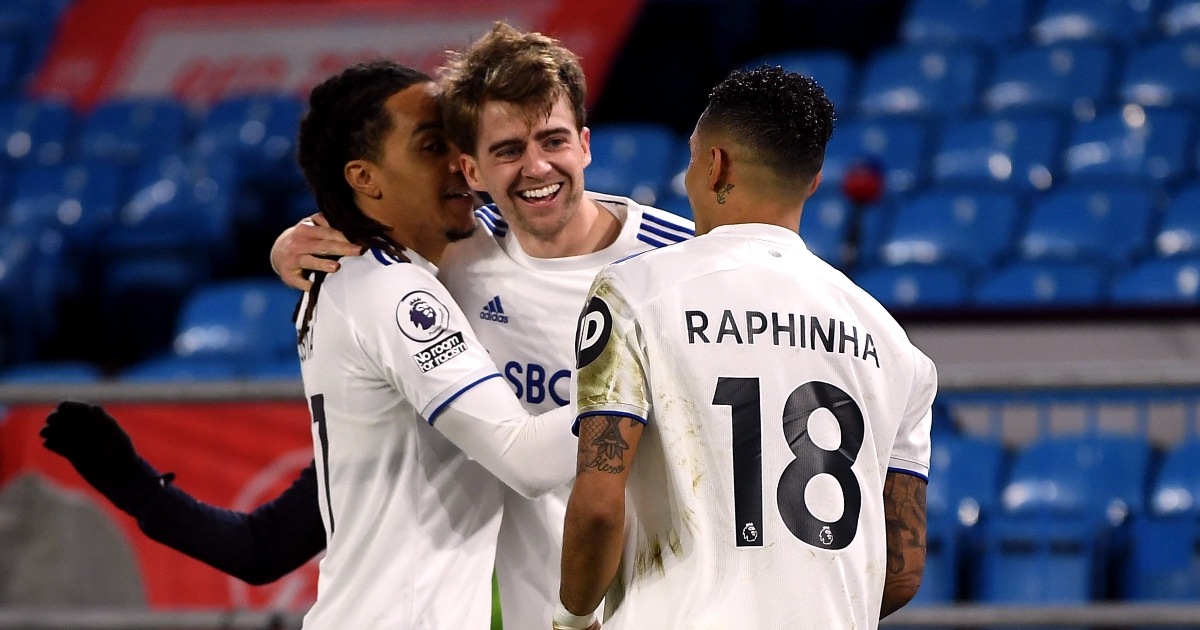 Leeds United striker Patrick Bamford says the key to his on-field understanding with Raphinha has been the ability to understand him off the field as well.

The duo have contributed 18 goals and 11 assists to Marcelo Bielsa’s entertainers this season to ensure a safe mid-table berth on the club’s Premier League return.

The duo’s blossoming relationship has also put them firmly in the driving seat for the club’s Player of the Year award.

F365 SAYS: Promotion would be too much, too soon for McCarthy’s Cardiff

And Bamford revealed that he has had to fall back on his GCSE French in order for his successful rapport with the talented Brazilian to develop.

“Since he’s come in we’ve really clicked and get on really well off the pitch, which helps on the pitch,” Bamford told BT Sport. “We’re always talking. He’s always saying: ‘I’m going to be looking for you here.’ Or I’m saying: ‘Look, I’m going to be going there so when you get your head up, just look there.’ I speak French a little bit with him. I don’t speak Portuguese. His French is good and mine’s OK. His English is not good!”

After previously struggling for goals in the top flight during spells at Crystal Palace, Norwich City and Burnley, Bamford has netted 13 times in the Premier League this season.

He looks on course to surpass last season’s total of 16 in the Championship, with his most prolific season – 17 for Middlesbrough in 2014/15 – also well within in his sights.

He attributes his increased productivity to Bielsa’s faith in him, and says there is more to come as he continues to learn from the Argentine.

“I think because I’m willing to learn, even though I’m 27, I know I can keep getting better and better. I’ve taken to the things he’s asked me to do. I haven’t mastered all of them obviously but I’m learning step by step. It’s one of those things where it’s no good being a full-on target man or just a poacher. You have to be an all-round striker. He’s developed my game a long way since working with him.”