Home All The News Over sole? Leeds striker out for six weeks with foot injury 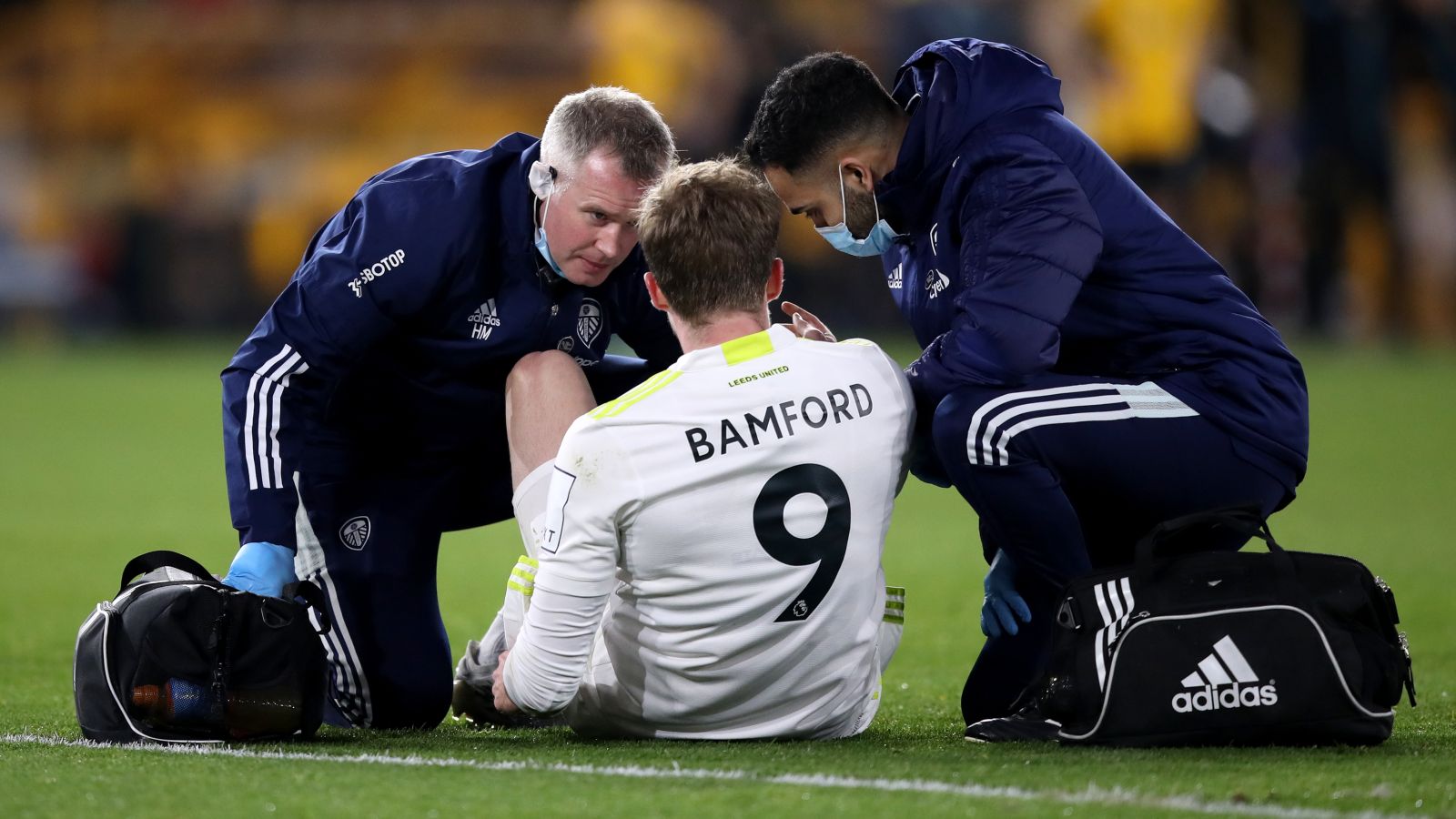 Leeds striker Patrick Bamford is expected to be sidelined for a minimum of six weeks because of an injury to the sole of his foot.

The 28-year-old was withdrawn midway through the first half in the 3-2 win at Wolves before the international break, having only recently returned from a foot complaint.

While he will not require an operation, Leeds announced Bamford faces missing another sizeable chunk of the season after rupturing his plantar fascia.

Bamford was Leeds’ top-scorer on their Premier League return last season with 17 goals in 38 games, but he has featured in just nine of the club’s 30 matches this term due to hamstring and ankle problems.

The news is a major blow for Leeds, who boosted their survival hopes last time out by coming from 2-0 down at Molineux to win as they moved seven points clear of the Premier League relegation zone.

However, there was more welcome news as they confirmed captain Liam Cooper, fellow defender Diego Llorente and midfielder Kalvin Phillips had all returned to training.

The trio are, therefore, targeting some involvement when Southampton visit Elland Road next Saturday.

Raphinha is also back in training after, illness while Mateusz Klich has returned to the squad after completing the concussion return-to-training protocols.