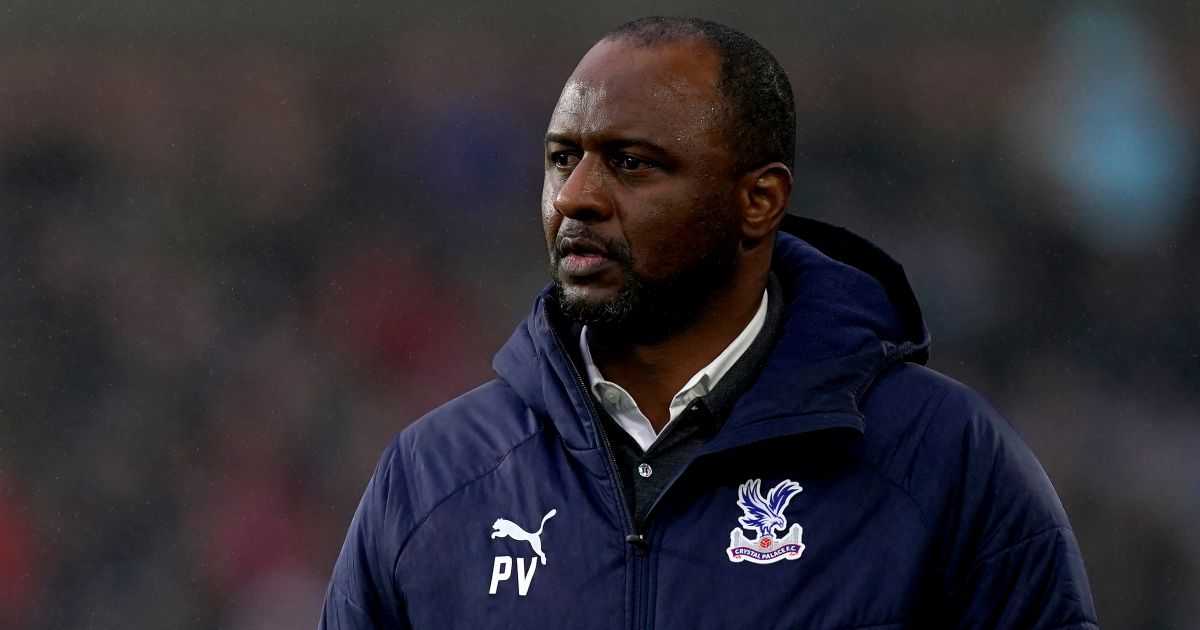 Crystal Palace manager Patrick Vieira is happy to have an immediate opportunity to bounce back from seeing his side’s unbeaten run come to an end in tame fashion.

Aston Villa became the first team to leave Selhurst Park with three points this season with a 2-1 victory in manager Steven Gerrard’s second game in charge on Saturday.

Matt Targett fired the visitors ahead from Ashley Young’s corner after 15 minutes and John McGinn wrapped up the win with a wonderful curled effort four minutes from time.

It took until the 80th minute for the Eagles to test Emi Martinez and Targett’s early goal was the 10th they have conceded from a set-piece this season.

Vieira is well aware that his side need to tighten up in that department and will be expecting an improvement against Leeds at Elland Road on Tuesday evening.

“We’ve always been clear about the way we want to play the game and we knew that there’s a couple of parts we need to work on to improve as a team,” Vieira said.

“Obviously the game against Villa wasn’t good enough. We didn’t do enough to get the result.

“When you play a game where you didn’t perform at your best you always want to play straight away because you want to bounce back and play better and that’s why I think the game at Leeds has come at the right time. We want to play because we were disappointed with the way we played against Villa.

“Momentum is important, the rotation of the players as well will be really important. We are going through a period where there is a lot of games, so we need to find the right balance for the players and the team to perform.”

“We always said that everybody would have an important part to play, and those games will give opportunities to some of the players to play games and to show their quality.”

Vieira admits that the busy schedule means he has had little time to work on defending set-pieces on the training ground, but he believes a change in “mindset” is the biggest requirement.

“We have to be more concentrated and more determined and change our mindset,” the former Arsenal midfielder added.

“The majority of goals that we concede are coming on set-pieces and the majority of them in the second contact and this is a massive improvement we have to make if we want to win football matches.

“Set-pieces have always been important in the game. Big games are sometimes decided by them and we maybe didn’t spend enough time on that, but we have to be sure that we are improving and getting better.

“The best way is obviously to practice that on the field, but also for players to have the right mindset to defend when we need to defend.”

Leeds finished ninth in the Premier League last season but are currently 17th in the table, three points above the relegation places after securing a 0-0 draw at Brighton at the weekend.

“We are aware that the way Leeds play is really demanding. A lot of intensity and energy game after game is really difficult to maintain, but I think they’ve been really unlucky as well in some games where they should score and they didn’t,” Vieira added.

“Things are not going their way, but that doesn’t take away the energy and the quality that they have.

“It has been a tough start, but I believe it’s a good side. They are not maybe at their best at the moment and we have to take advantage and try to go there and play better than we did against Aston Villa.”