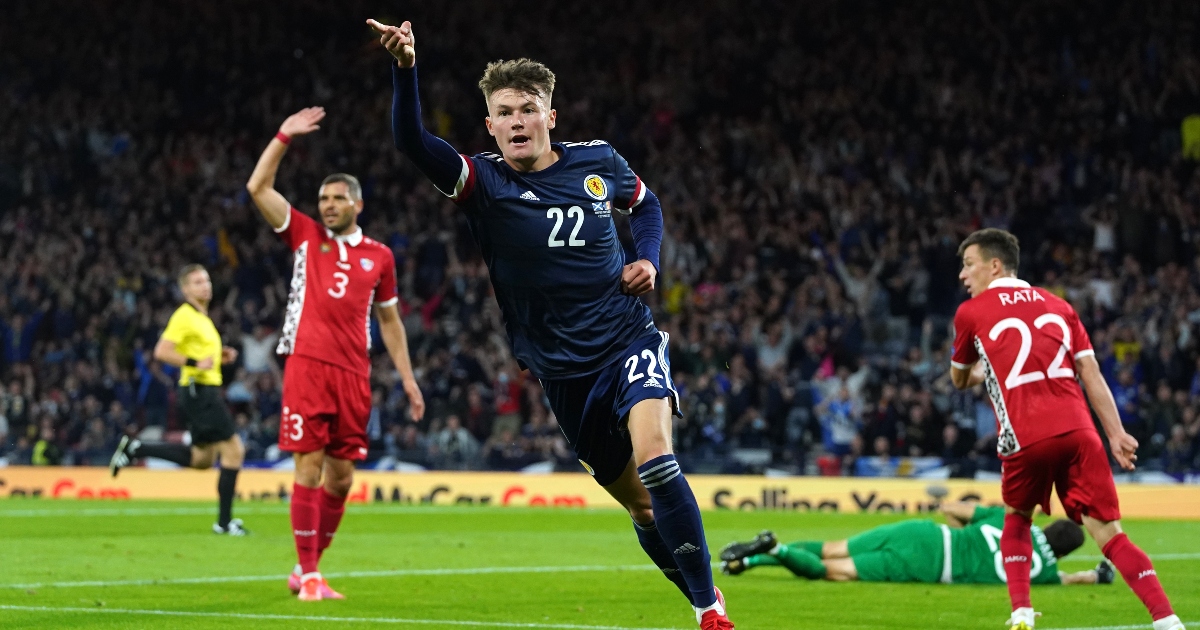 Nathan Patterson believes Scotland are in a good position for their crunch game against Austria on Tuesday night after defeating Moldova at Hampden Park.

The 19-year-old made his first start for his national side in Saturday’s win, achieving his third cap in total.

He was instrumental in the only goal of the game, intercepting the ball just inside his own half before driving forward and seeing his shot parried by the goalkeeper into the direction of Lyndon Dykes to tap in the winning goal.

The Scots missed numerous chances in front of over 40,000 fans – the largest attendance at Hampden since before the coronavirus pandemic.

The victory sees Scotland sit third in Group F, two points behind Israel, who beat Austria 5-2 on Saturday. Denmark are on top of the group with five wins from five.

With Denmark running away with the group, it is between the Scots, Israelis and Austrians for the second spot.

This makes Tuesday’s match in Vienna vitally important for Steve Clarke and his players.

And Patterson is looking forward to the game, saying the Moldova win has left his team well poised for the crunch match.

“We obviously created loads of chances but we never had the clinical finish at the end, but we did well to keep a clean sheet, see the game out and got the win,” the Rangers man said.

“We got the three points, which was the main focus, and now we can go over to Austria with a little bit of form and hopefully we can take the game to them.

“You need to start fast and take the game to the opposition and I think we did that.

“Sometimes we were a little slack in our press but in the second half we got it together and didn’t allow them any opportunities.

“The crowd is a boost. Obviously we are getting the crowds back in the stadiums for a bit more atmosphere and it’s enjoyable.

“They got behind us and it showed in the performance.”

Patterson added: “You have to be confident, that is the main thing. You can’t hide and you can’t be shy, you have to get on the ball and show what you are made of and I feel both me and Billy have done that since we have come in.”