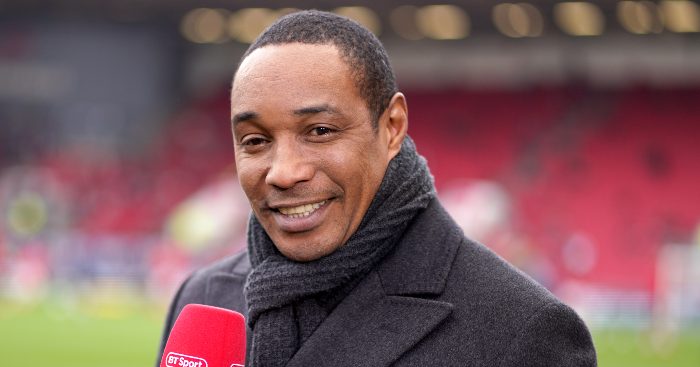 Former Man Utd midfielder Paul Ince says he’s “not sure what Alex Telles is” after giving his verdict on what the Red Devils need during the January transfer window.

Since his appointment as Man Utd boss, Ole Gunnar Solskjaer has invested heavily in defence with the likes of Harry Maguire, Aaron Wan-Bissaka and Telles coming in.

Despite their recent run of good form, the defence has still come in for some criticism with Ince claiming that they still need reinforcements at the back.

Ince said on Sky Sports: “Maybe at centre-half. I’m not sure if he’s got his perfect partnership with Maguire. He’s got [Victor] Lindelof in there. I like [Eric] Bailly. I think he’s got a bit of speed.”

He added: “Maybe a left-back, I know Telles has come in but I’m not sure what Telles is.

“At the moment United are playing so well I don’t think we want to disrupt anything. It’s a strange league, teams aren’t winning week in, week out.”

Jadon Sancho has been heavily linked with a move to Old Trafford but Gary Neville recently said that a centre-half should come as priority over any signing.

He said: “We can talk about [Jadon] Sancho all we like but until United get a centre back who can run and defend one-on-ones they are never going to win the league.

“They are never going to win the Premier League with that centre-back pairing.

“They have to get a mobile, dominant centre half in alongside either Lindelof or Maguire.

“Over the years, the best centre back partnerships have always had that really quick one who has lightning pace to get across and snuff out the danger. Lindelof and Maguire just don’t have that.”