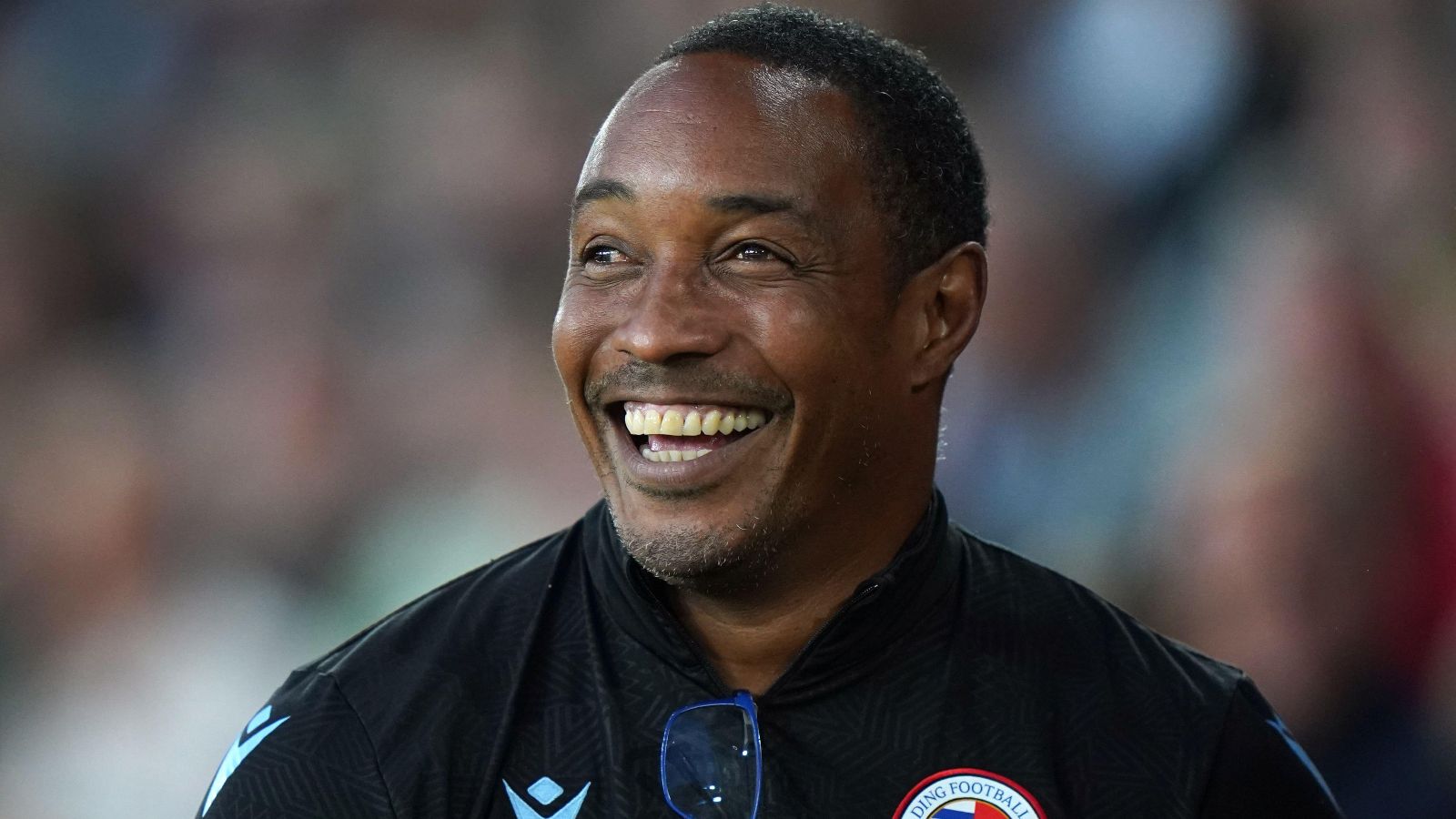 Many people rightly scoffed when Paul Ince returned to management, but he is working wonders at Reading.

Michael Beale (QPR)
Beale/Keith Harris left Steven Gerrard/Orville the Duck high and dry in the summer to take the limelight as manager of QPR.

He was right by Gerrard’s side during his start as a manager at Rangers and Aston Villa, and Gerrard has looked a bit lost without his trusted right-hand man at Villa Park.

While Gerrard is floundering, Beale is thriving as a manager in the Championship.

QPR drifted to finish 11th last term and the club took the brave decision to part ways with Mark Warburton. A perhaps even braver call was made to give Beale his first chance as a manager.

But this decision has proved to be an inspired one so far; QPR currently occupy fourth place in the second tier. A top-six finish would count as a strong season for the Rs, and they are on track to pull that off.

Beale is blessed with having one of the league’s best players in Ilias Chair to call upon and the inexperienced boss is getting the best out of him.

Breaking into the top two is a tough ask for QPR this season, but a play-off push would be seen as real progress in a transition season.

Paul Ince (Reading)
Here’s a man most would have expected to be out of a job by the end of the year. But there’s no chance of Ince being sacked any time soon.

Under him, Reading benefited from Derby County’s points deduction last season as they stayed up with 41 points (would have been 47 without their own deduction).

Unsurprisingly, most backed Reading to go down this term, with Ince’s permanent appointment among the factors taking away the optimism around the club.

Ince’s last permanent job as a manager was way back in 2014 at Blackpool and even then it felt like his managerial prospects had fizzled out.

On the face of it, that time away looks to have re-energised the ex-England international. And Reading are reaping the rewards of that.

Seven wins in 12 is a superb return and he has got his son – Tom Ince – back to performing near to his best.

Keeping Reading up this season would have been classed as a success. Instead, they are flirting with a promotion challenge to confirm that the Championship is truly batsh*t.

Paul Heckingbottom (Sheffield United)
Heckingbottom not only has the best name of all the managers in the Championship, but he is also in charge of arguably the league’s best team.

But working up through the ranks at Bramall Lane as U23s coach and first-team interim has helped him immensely. He was then given the job full-time following Slavisa Jokanovic’s brief and sh*t period at the helm.

The Blades fell short in the play-offs last term but they are now looking good for the top two alongside Norwich City.

Their prospects are no doubt helped by their abundance of options at full-back and Anel Ahmedhodzic has been a revelation.

Heckingbottom has wisely stuck with the 3-5-2 formation which was adopted so brilliantly by Chris Wilder during his time in charge. If something is not broken, don’t fix it.

He has even got Ollie McBurnie back scoring goals. If that is not the mark of a genius manager, I don’t know what is.

Vincent Kompany (Burnley)
While Heckingbottom has not reinvented the wheel at Bramall Lane, Kompany has done just that at Turf Moor.

The club grew to mirror Sean Dyche’s ideology as they surpassed expectations to stay in the Premier League for far longer than they had any right.

But there comes a time when change and a fresh viewpoint is required, and Burnley’s hierarchy felt the summer was an opportune moment to enact that with Kompany’s arrival.

The Man City legend had a mixed spell at Anderlecht in Belgium and he has no experience of life in the Championship, which is a tough division for even the best of managers.

But Kompany has been a breath of fresh air. He always came across well at City and that has continued with the Belgian displaying no little charm in press conferences.

But that only takes you so far, so it will be reassuring for Kompany that Burnley have started well in the league.

Anyone who forgot how good Josh Brownhill is at this level has quickly had their memory rejigged and Nathan Tella has been an inspired signing on the wing, while Ian Maatsen and Taylor Harwood-Bellis are forming a solid back four along with Charlie Taylor and Connor Roberts.

The Clarets have drawn too many games so far (seven in 12), but if that is sorted, they will be right there with Sheff Utd and Norwich. Let’s hope so anyway because Kompany vs Pep Guardiola would be a lovely narrative next season.

Leam Richardson (Wigan Athletic)
This list is Championship novice heavy and we finish with a third boss who is enjoying a positive start in his first season as a manager in the second tier.

Much like Beale, Richardson has spent much of his coaching career as a backing dancer.

He followed Paul Cook around the country before he was trusted by Wigan’s new owners to become manager last year as the club floundered in the bottom half in League One following administration.

The Latics were sensational last season in Richardson’s first term in charge and they deservedly edged out Rotherham United for the title on the final day.

After getting promoted, there are two approaches you can take. Either you trust the players who got you up, or you overhaul your squad with more experienced operators at the new level.

Nottm Forest opted for the latter, and that is going poorly for them. Wigan meanwhile only made a handful of additions, with Nathan Broadhead (loan from Everton) and Ryan Nyambe (free from Blackburn Rovers) being the pick of the bunch.

As with Reading, if Wigan were asked pre-season what would make for a successful campaign, securing their Championship status would have surely been their answer.

But the newly-promoted side are faring very well, losing just three in 11 games to sit in 12th place.

A Premier League return is still a few steps away, but they are at least on the right pathway to do that under Richardson. And that has not been the case for some time.