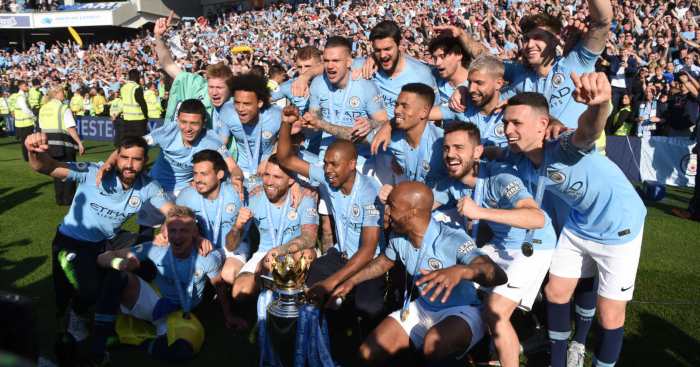 Paul Merson reckons Liverpool’s success in the Premier League this season could help Manchester City avoid a player exodus at the end of the campaign.

City were fined 30million euros (£24.9million) and given a two-year ban from UEFA club competitions on Friday after an investigation into accounts submitted by the club between 2012 and 2016.

The Premier League champions have appealed to the Court of Arbitration for Sport against their punishment for “serious breaches” of Financial Fair Play rules.

OPINION: Why are Man City fans not angry with Man City?

Liverpool have blazed a trail in the Premier League this season, only dropping two points as they have built up a 25-point lead at the top of the table.

And Merson reckons that if City‘s Champions League ban is upheld then their players are more likely to stay now that they have something to prove in the Premier League.

“I think it helps if all the Man City players stayed next season due to the way Liverpool have ripped them up this year,” Merson said in his Sky Sports column.

“The way Liverpool have outplayed them this season, I think the players will want to stay to put it straight.

“They’d have won the league again, and the feeling would then be that winning the Champions League is all that’s left.

“Of course, it all depends on if this team now wins the competition this season. But I don’t know if they’re going to get away with it – I’m not sure if that ban is going to get overturned.”