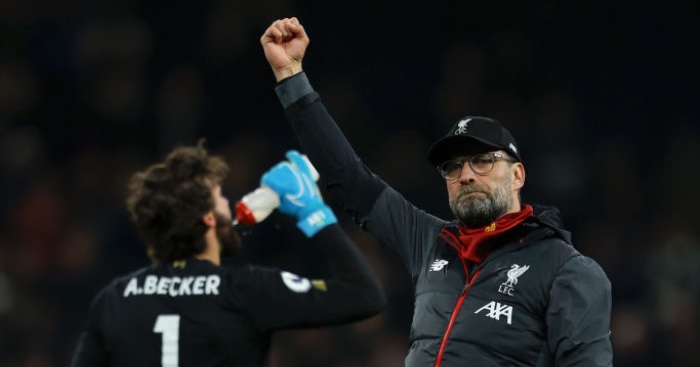 Liverpool find themselves 14 points clear at the top of the Premier League this season after accumulating 61 points from a possible 63.

Their success in the league this campaign comes off the back of winning the Champions League title last term, when they also narrowly missed out on the Premier League title to Manchester City in an exciting race.

And Merson thinks Klopp is that good that he could guide almost any club in England to the top-flight.

“I could use any team here, but I’m just going to say Rotherham… I think Klopp could go to Rotherham and take them to the Premier League in time. He’s that good.”

On why Klopp has had success at Liverpool, Merson added: “He [Klopp] gets players in and plays them the right way. They don’t have household names. Jordan Henderson, Gini Wijnaldum, Fabinho. People talk about the full-backs, but if those three don’t play, I don’t think it actually works as well for Liverpool.

“I know Pep Guardiola’s record is great, don’t get me wrong, but every player is £80m, £90m in every position. I haven’t seen anybody at Manchester City become much, much better, they were already great players.”