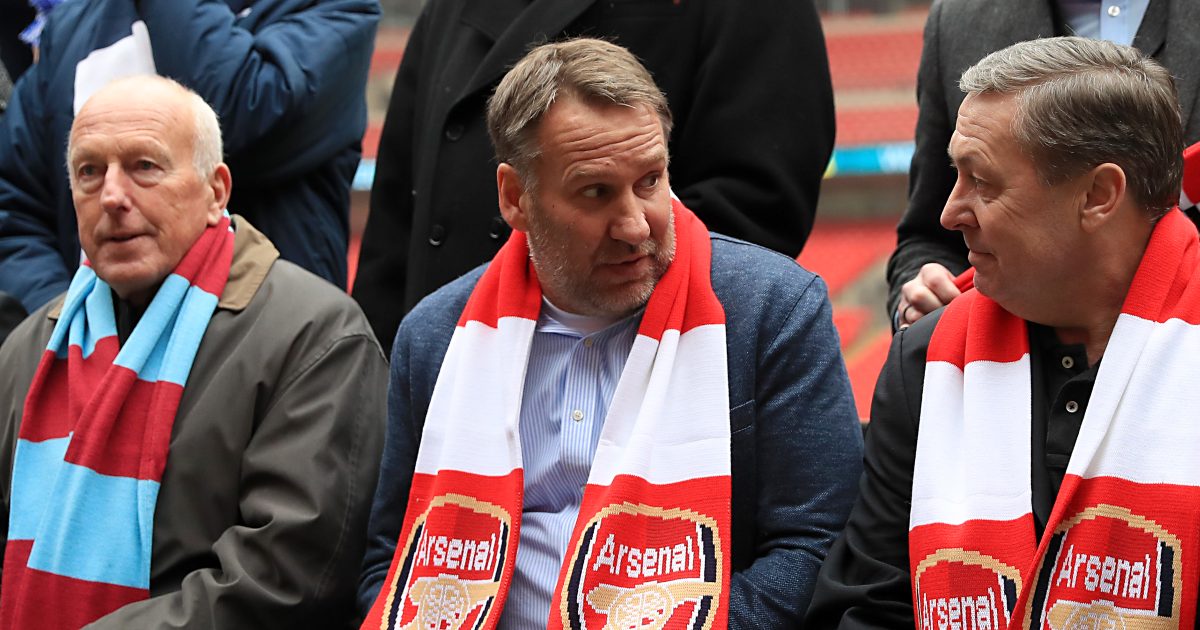 Sky Sports pundit Paul Merson believes Manchester United will “take a chance” when they face Arsenal on Thursday night in the Premier League.

Ralf Rangnick has been announced as United’s new interim boss. But Michael Carrick will remain in charge for their midweek clash against Arsenal. The former player stepped in as their temporary boss when Ole Gunnar Solskjaer left earlier this month.

Carrick’s two games have resulted in a win and a draw against Villarreal and Chelsea respectively.

Man Utd drew 1-1 against Chelsea on Sunday. Carrick dropped Ronaldo to the bench for the game, but he came on in the second half.

The Red Devils will move to within two points of Arsenal if they beat their rivals on Thursday.

As quoted by Sportskeeda, Merson has predicted United and Arsenal to share the spoils in a 1-1 draw:

“This is another huge football match. Arsenal are back to beating the teams they should beat and got a good result against Newcastle. They struggled against Brighton and Liverpool in the Premier League and haven’t been very good away from home,” Merson said.

“Manchester United rode their luck a couple of times against Chelsea, but got an excellent result in the end. Carrick made a big statement by leaving Ronaldo out, and I think it worked. They took Rashford and Sancho off for Ronaldo after they went 1-0 up, and Chelsea dominated the rest of the game.

“United haven’t become a good team overnight. Carrick will take a chance against Arsenal – I’d be shocked if Bruno Fernandes and Cristiano Ronaldo don’t start. They aren’t very good defensively, however, and can’t afford to be too open against Arsenal. I reckon both teams would be pretty happy with a draw this week.”

“[I’d] play a centre forward for a start,” Scholes said.