Merson says Liverpool "need someone who can bang in 25 goals without a fuss". Salah? Nah. That Arsenal fella. 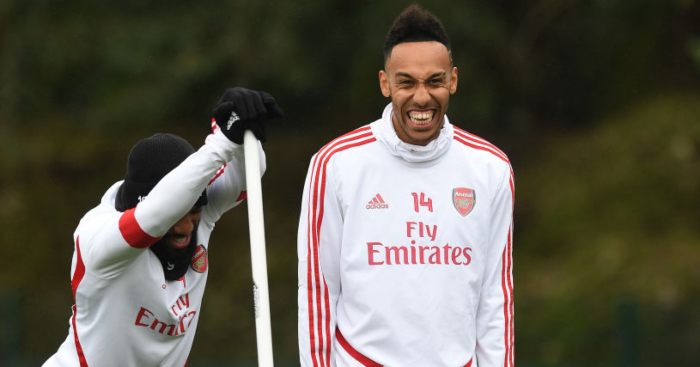 Liverpool have apparently made their interest in Arsenal striker Aubameyang known, while Manchester United are also considering making a move.

The 30-year-old has little over a year left on his contract in north London and Arsenal will be reluctant to lose another first-team player to free agency.

Merson says United could become “a major force” by signing Aubameyang and Jack Grealish, but has seemingly used McDonald’s to explain why Liverpool should pursue the Gabon international – who would be even bigger favourites with bookies like Betway for the title next season, too.

“Everyone knows about Aubameyang’s contract situation but there aren’t too many clubs in England looking to fill that position,” he told Sky Sports.

“I’m sure Manchester City will probably put all their eggs into Gabriel Jesus when Sergio Aguero eventually goes, so I don’t think they will have much interest.

“I think if you were Liverpool you would have a look and Jurgen Klopp knows him very well from their time together at Borussia Dortmund, but it does worry me that Klopp hasn’t gone in for him. He would surely know him better than anyone.

“I always look at Arsenal’s move for Shkodran Mustafi for around £35m. If Mustafi was that good, a £35m player, Gary Neville, who was at Valencia with him, would have been on the phone to Manchester United saying: ‘You won’t believe the centre half here. He’s so good you’ve got to buy him.’ But he didn’t do that, and Arsenal had a free run.

“That’s the only thing that worries me regarding Aubameyang and Klopp, because Liverpool do need a forward. Let’s be honest, they haven’t got a natural striker. Sadio Mane, Mohamed Salah and Roberto Firmino work really well together as a three, but you do need someone who can bang in 25 goals without a fuss.”

A reminder that Liverpool, who “need someone who can bang in 25 goals without a fuss”, are both top of the Premier League by 25 points and currently own a player with two consecutive Golden Boots.

“Firmino is a top player but he can go long periods of time without scoring. You still need someone who is a safety net in terms of goals and that’s what Aubameyang can provide.”

“Liverpool also need to continue to improve. Winning trophies is hard, but coming back and winning them again is even harder. There’s a company out there that sells more burgers, more chips and more fast food than anyone in the world, but they still do adverts. That tells me you have to keep working to stay on top.

“When you win something, you’ve got to go and improve again. Some teams go and keep the faith in the squad that won and go from there, but you have to keep improving if you want to stay on top. The burger company don’t do adverts to sell stuff, they do it to stay on top.

“Liverpool will have to do the same and that may mean freshening up the squad.”