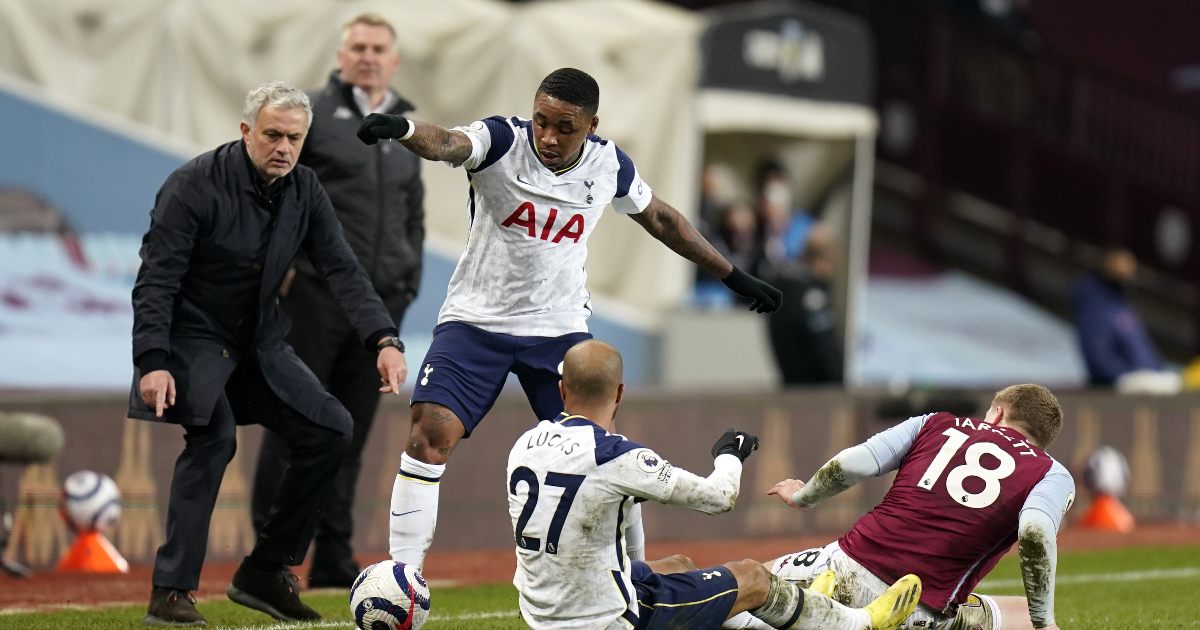 Sky Sports pundit Paul Merson has dismissed the notion that Tottenham Hotspur still have a chance of getting into the top four, claiming Jose Mourinho only has ‘a few top players’ at his disposal.

Spurs were held to a 2-2 draw by Newcastle United last weekend, leaving them three points adrift of fourth place West Ham United who secured a 3-2 victory against Wolverhampton Wanderers on Monday.

They take on Manchester United, Everton and Southampton over the coming weeks before their Carabao Cup final showdown with Manchester City on April 25, when Mourinho will look to become the first Spurs manager to win a ‘major’ trophy since Juande Ramos led them to Carling Cup glory in 2008.

“Football is decided on fine margins. Harry Kane goes through, gives the goalkeeper the eyes and hits the post. If that goes in it’s game over and they might even score another goal before the end of the game and we are all talking about how amazing Spurs are and what a result it is to win at Newcastle.

“But, in the end, they draw 2-2 and that’s it really, you look at Spurs and you worry about them. I worry because if you are calling the players out like that, I don’t think it’s going to work out.

“The players are going to go the other way, which they shouldn’t because it’s a bit of a joke, but that’s part of it nowadays.

“When they open the game up, they look OK, but it’s hard. We know what it says on the tin with Jose Mourinho. That’s the way they play.