Home All The News Pogba: Fernandes can do everything, ‘except defending!’ 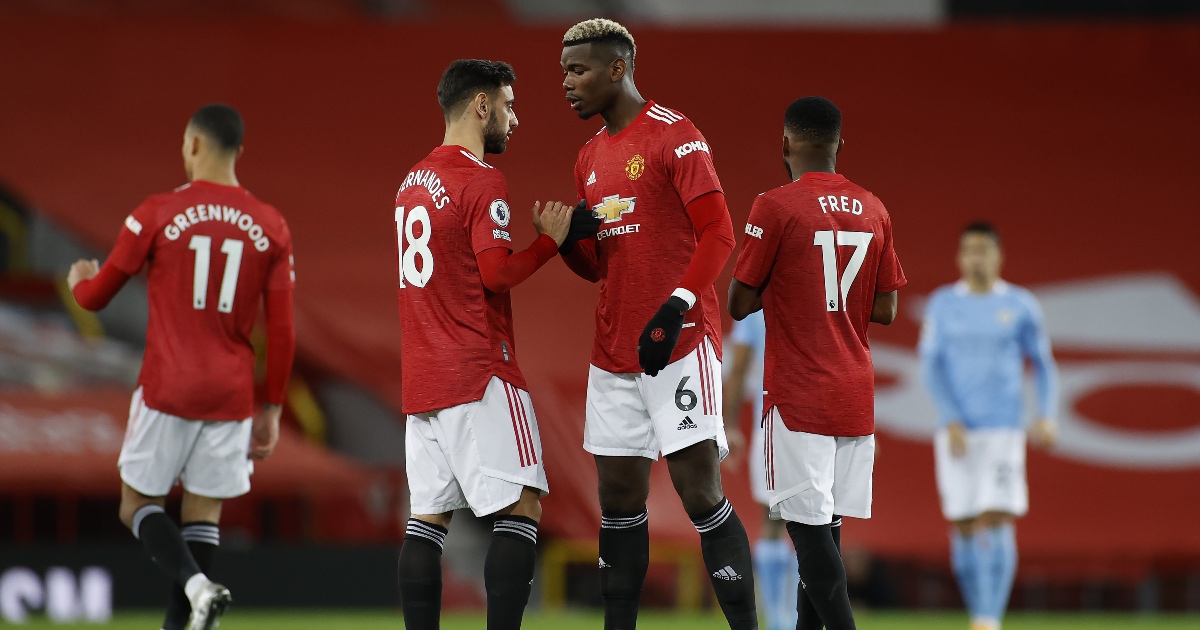 Paul Pogba says his Manchester United team-mate Bruno Fernandes can do ‘everything’ – except defending.

The Portuguese international has been brilliant since joining the Red Devils in January 2020.

This season, he’s already scored 16 goals and picked up 11 assists in the Premier League.

Some fans were worried that Fernandes and Pogba would struggle to play together as they operate in similar positions.

However, Ole Gunnar Solskjaer is managing to play them both effectively in a 4-2-3-1 formation.

Speaking about Fernandes, Pogba told MUTV: “I enjoy playing with Bruno. He’s someone who understands the game and understands the movement that can give you a beautiful pass, he can finish too.

“He’s all over the place, he can do everything really… except defending! But really, it’s always a joy to play him, to understand him. He understands me as well, he can take my position, I can take his position as well.

“I think he suits the team, he’s a very dominant influence in our team.”

Pogba and Fernandes are playing a vital role in United’s top-four campaign, as well as their pursuit for European glory.

The Red Devils look set to finish second in the Premier League, behind rivals Manchester City. They also reached the Europa League semi-finals on Thursday by beating Granada 4-0 over two legs.

When asked about the team spirit in the dressing room, Pogba continued: “I’m just myself with the guys and if it can help them to be relaxed and be happy and have a good performance, then I will keep doing it obviously.

“I think it’s important to have a group that gel well together because football is teamwork and you have to be with everyone, you have to be connected, that’s how you win. When you’re connected like this, it’s easier to win.”

The French midfielder was in the headlines earlier this week for comments he made about former boss Jose Mourinho.

Pogba said: “What I have now with Ole is different because he wouldn’t go against the players. He maybe doesn’t put them down and it’s not like he puts them on the side and they don’t exist anymore.

“Once I had a great relationship with Mourinho – everybody sees that – and the next day you don’t know what’s happened and that’s the strange thing that I had with Mourinho.”

In response, Mourinho said he ‘couldn’t care less’ about what Pogba tells reporters.