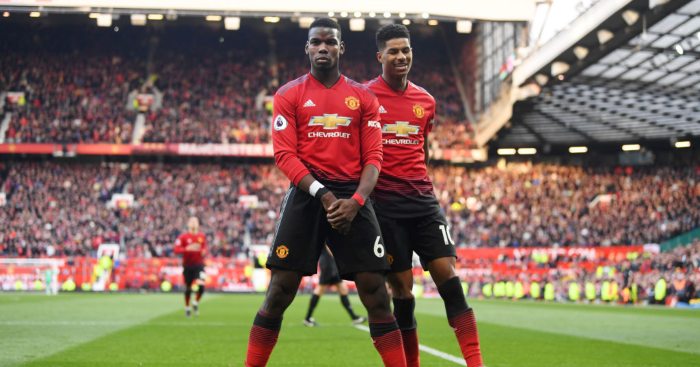 “Is it that time of the day already, Graeme?” said Teddy Sheringham, more than happy to take the bait from Souness, who was clearly not thinking about Phil Jones or Jesse Lingard when he asked the former Red who should be culled from this Manchester United squad. Souness was ordering the complementary horseradish to his Paul Pogba beef and Sheringham duly obliged, throwing out the usual buzzwords of “cocky” and “arrogant”, the wonderful vagueness of the “wrong vibe” and the added bonus of the ultimate criticism: Not being Roy Keane.

Never mind that no player is Roy Keane in 2020; he still remains the benchmark for former players who are the more mature side of 50, baffled by Instagram, left incandescent with rage at ‘branding’ and confused that anybody would not still see playing for Manchester United as the very highest of career highs. There’s little room for subtlety in this stance, which sees ‘not putting in a shift’ as the ultimate show of disrespect and an affront to all who have played the game, but mostly to those who played the game in an era when wages were generous rather than extraordinary.

In reality, Pogba is probably just as disappointed with Manchester United as they are with him. It’s easy to forget that they were not an obvious choice for the Frenchman in 2016; indeed, we repeatedly scoffed at the idea that the serial Serie A winner and European Championship finalist would join a team that had recently finished fifth in the Premier League. But United obviously sold him a vision – with Jose Mourinho at the helm – of a club destined for greatness once again, and this time Pogba would be at the heart of that greatness. It must have been almost as intoxicating as the money.

“Everybody knows the ambition from both parts is not being met the last years. Let’s be honest, let’s talk about the elephant in the room,” said Mino Raiola in January. Of course, the bigger elephant in the room is that Pogba was at least somewhat culpable for United’s lack of forward motion over the last four years, but from the outside it is clear that both feel let down by this relationship; neither has delivered on their early, giddy promises and the middle of the bed is now a chilly no-man’s-land. But there is nothing like a global pandemic to put things into perspective.

Pogba is back at Carrington and it seems no coincidence that he has been put in the same training group as Bruno Fernandes, whose attitude has been repeatedly contrasted with the Frenchman’s by those who choose not to acknowledge the different dynamics of players at very different junctures of their careers. While Pogba chose lowly United at the peak of his career arc, Fernandes was chosen by United when no other club in world football was willing to pay the price for a player thriving in a weak league.

It is an inexact science but Pogba was ranked 11th in the world by The Guardian at the end of 2015 and would six months later join a team without an outfield representative in the top 50; that Fernandes was ranked 69 in the same list four years later illustrates the difference in their status. It is human nature that one was more motivated than the other.

The club are clearly hoping that Fernandes’ enthusiasm and work ethic will either be contagious or catalytic, and it’s worth repetition – to the likes of Sheringham and Souness, but also to some fans quick to wave goodbye – that a motivated Pogba is still one of the finest midfielders in the world. Even in this truncated season, he has created chances for United more regularly than any other player, including Fernandes. It should not be controversial to say that the strongest version of Manchester United should still include Pogba and Fernandes; any campaign to cast them as rivals or opposites should be resisted.

There should be no coach in the world who would not relish finding a way to make this work, who would not see a great but disillusioned player as an opportunity rather than a problem. This really does not have to end in acrimonious divorce.