Home All The News Ince: ‘Diabolical’ Pogba being shown up by one Man Utd man 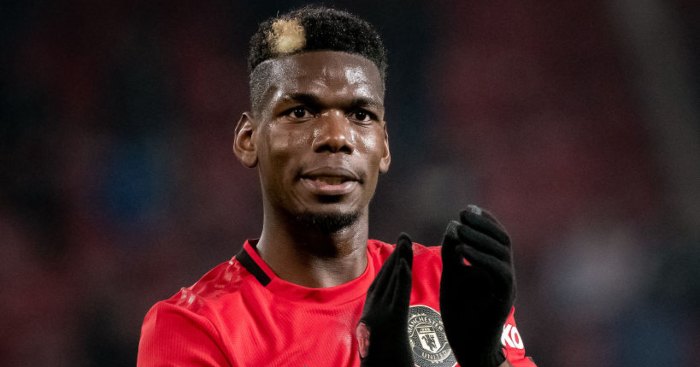 Ole Gunnar Solskjaer may have tried to keep Paul Pogba at Man Utd despite his “diabolical” performances if they hadn’t signed Bruno Fernandes.

The France international has not played since Boxing Day, having suffered a setback to foot surgery earlier in the season, but he is stepping up his recovery and will resume training when the club are able to following the coronavirus pandemic.

There have been repeated claims that Man Utd want to sell Pogba and Ince reckons they should cut their losses.

“What’s disappointing is the way he’s acted, his behaviour and performances reflect that he’s been unsure about his decision. You compare that to Bruno Fernandes, and his arrival at United, and it’s crazy,” Ince told Paddy Power.

“He’s come in and hit the ground running fairly instantly, winning over the fans in the process. Pogba never did that and his performances have been inconsistent to say the least.

“Sometimes they’ve been on the border of diabolical, and occasionally they’ve been brilliant. When you cost that kind of money as a player, fans expect you to be consistently great, especially when you’re playing for Manchester United.

“Their expectations are very high. The on-the-pitch performances, plus his behaviour off the pitch, with his agent and generally acting up, isn’t good for the club.

“If Ole Gunnar Solskjaer is looking to take the club forward, to build and to instil the ‘United Way’ back into the team, then Pogba’s actions don’t reflect that. The way he’s been acting and behaving recently, he just isn’t good for the club.

“If you want the right attitude and mentality, and high standards, then sorry, but that doesn’t fit in with Paul Pogba. There’s been too many distractions, too many reports around him and his behaviour, so his time for me is up.

“Perhaps if Fernandes hadn’t come in and done as well as he has done, maybe Ole might try and keep Pogba. But now, he might be thinking if I can get the right money for Pogba, then I can let him go.

“It’s a shame, because he could’ve been a great player for the club, but he isn’t a great player at the moment. Ultimately, he’s a distraction and his behaviour impacts and damages the rest of the team.

“Now, if he was performing out of his skin every week and changing games, you could forgive him for his behaviour even when he’s being a nightmare, but he isn’t, so why bother? If he’s not performing, just let him go, get rid.

“The decision needs to be made, and quickly, because we can’t have another season of the Pogba circus. He wouldn’t even get in the side at the moment.”