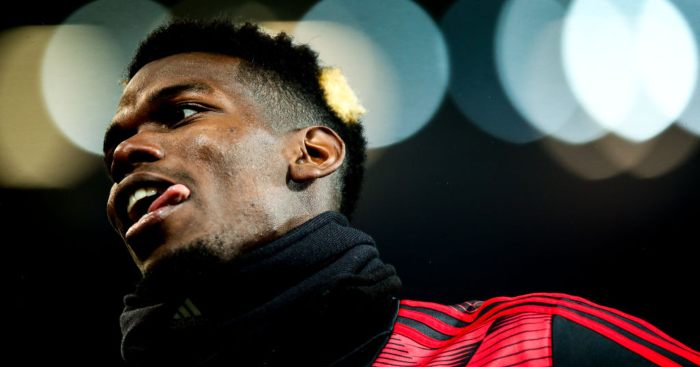 Peter Schmeichel claims that he is “absolutely convinced” that Paul Pogba will stay at Man Utd after speaking to the “right people”.

Having stayed at a club that the World Cup winner publicly admitted over the summer he was open to leaving, the 27-year-old has endured a season to forget at Old Trafford.

Pogba has managed a mere eight appearances across all competitions due to foot and ankle issues, with the club’s record signing last appearing for Man Utd in the 4-1 Boxing Day win against Newcastle.

The France international could make his long-awaited return against former boss Jose Mourinho as Man Utd travel to Tottenham on Friday night.

And despite all the speculation surrounding Pogba’s future, Schmeichel has heard that he will stay at Man Utd.

“I’m absolutely convinced he wants to stay,” Schmeichel told the Daily Express. “I think we’ll see somebody, more of the player we saw a year ago.”

When asked why he was so confident that Pogba will stay at Man Utd, Schmeichel added: “I just know – you speak to the right people.

“One thing is how he’s portrayed in the media for what he does and what he says himself, and another thing is what his agent is doing. And a completely different thing is what it’s really like.

Schmeichel continued: “I think when Ole came, we straight away saw with Ole’s guidance and his knowledge with Paul, we saw precisely what he can give us. And that’s a lot.

“Unfortunately I don’t think he’s gotten great representation. He’s such a valuable asset so it’s great to shift him to another club, because that’s a lot of money to make.

“I think that if you have somebody telling you that in your ear at some point you’re bound to be confused. You’re a young player. All he should be content and focused on is playing.

“I hope with this period of being out of the game, I hope that with Ole’s management skills, he’s going to come back and love playing for Manchester United.”