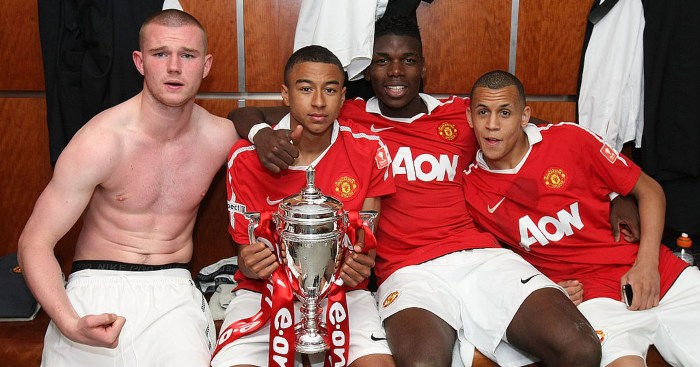 Paul Pogba has revealed how close he came to having a fight with former Manchester United midfielder Ravel Morrison in training.

The duo came through the ranks together at Old Trafford with their careers taking a very different path since their days at Man Utd together.

Sir Alex Ferguson once hailed Morrison – who is currently on loan at Middlesbrough from Sheffield United – as the ‘best kid you will ever see’ in chat with Wayne Rooney and Rio Ferdinand but the 27-year-old has struggled to fulfill his potential.

MEDIAWATCH: The sheer absurdity of a one-sided d*ck-measuring contest

And Pogba has recalled an incident between the pair where they came close to fighting on the training pitch.

“So I was training and obviously everyone knows how good Rav is with the ball,” Pogba told Man Utd’s podcast.

“He was dribbling [past] players. I took the ball from him and he got angry a bit and kicked me.

“I couldn’t speak English so I looked at him and [thought] ‘that’s okay, I’ll wait until you get the ball’ [laughs]. I smashed him.

“He started talking to me in English and I responded in French.

“You know, ‘Okay we will see after in the changing room. Okay, no problem. I’m not scared of you’.

“After, he came to me and hugged, you know, and, since then, we’re very close. It’s a strange story and funny but that happens a lot in football and now we’re very good friends.”