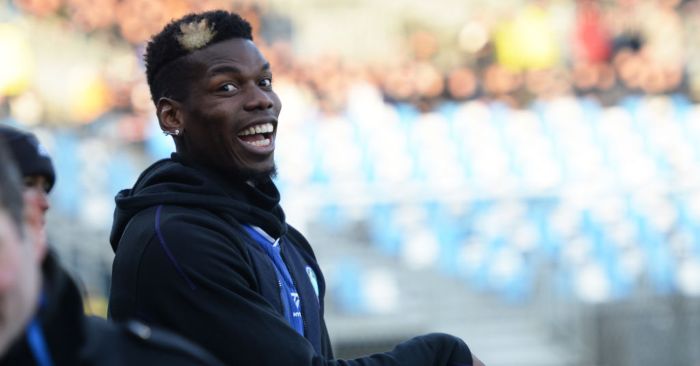 Robbie Fowler has told Paul Pogba to watch Graeme Souness in the 1984 European Cup final if he ‘fancies seeing the complete midfield performance during the lockdown’.

Pogba instigated something of a pile-on by admitting he did not know who Souness was earlier this week.

The comments seemed reasonable and in good faith but provoked an intense reaction from Liverpool legend Souness.

The media even waded in and advised ‘vicious’ Pogba to listen to the ‘hard-nosed’ pundit, a view echoed by Fowler.

‘I was disappointed to hear the Manchester United midfielder slap down my former Liverpool boss by saying he doesn’t even know who the outspoken Scottish guy in the studio is,’ he wrote in his Daily Mirror column.

‘If he doesn’t then perhaps he should do a bit of background.

‘He’d discover that this is a man who won five league titles and three European Cups with Liverpool.

‘Graeme also won trophies with Sampdoria and Rangers before embarking on a managerial career that started in Scotland and took him to England, Turkey, Italy and Portugal.

‘Souness knows the game at the elite level as both a player and a coach – and he knows it inside out.

‘And if Paul fancies seeing the complete midfield performance ­during the lockdown then he might take a look on YouTube at how Graeme captained Liverpool in the 1984 European Cup final against Roma in the Italian club’s very own Olympic Stadium.’