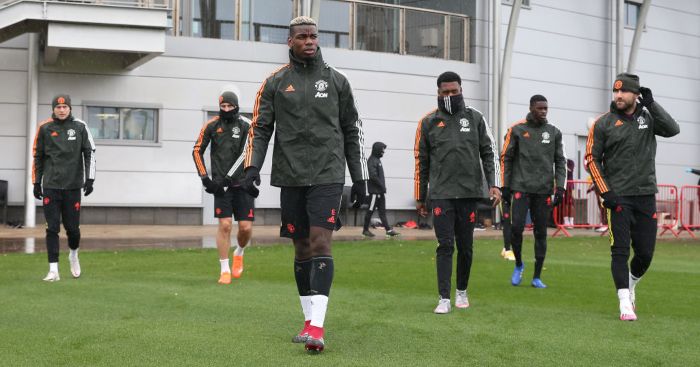 Paul Pogba is not happy that Manchester United decided to trigger the extension clause in his contract, according to reports.

The midfielder’s deal was set to expire this summer, with the inevitable speculation over his future beginning to ramp up.

Rumours were fuelled by Pogba’s latest admission that it is his dream to one day play for Real Madrid.

JOHNNY NIC: If you say RVN was just a tap-in merchant we can’t be friends

“All football players would love to play for Real Madrid,” Pogba said in October. “It is a dream for me, why not one day?

However, United confirmed last month that Pogba will remain at the club until at least the summer of 2022 after the club triggered the 12-month extension clause in his contract.

And now The Metro claim that Pogba was ‘disappointed’ and ‘unimpressed’ with the Red Devils for triggering the clause.

The Man Utd midfielder and his ‘representatives believed that they would sit down with the club to discuss a new contract before the extension was activated’.

The report adds that ‘any attempt from Pogba and his team to ‘bounce’ United into contract talks have so far failed and the club’s decision to trigger the 12-month extension was met with surprise’.

United are ‘wise to the ‘game of bluff’ being played out between the player, his representatives and the club’ despite their willingness to renew the Frenchman’s contract.

It has ‘not gone unnoticed by the club that Pogba’s stance on staying has only swung in United’s favour since the pandemic essentially closed off the Frenchman’s potential escape routes’.

And The Metro continues by saying that ‘the club want to avoid being railroaded into such a large financial investment without serious and realistic negotiation’.