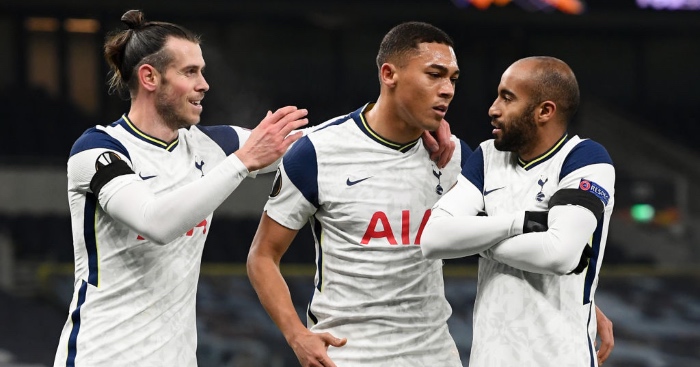 Club officials were busy during the recent transfer window, bringing in Carlos Vinicius to provide support for Harry Kane.

They also signed Pierre-Emile Hojbjerg from Southampton for a relatively low fee. He has turned out to be a brilliant signing for Mourinho’s side.

Arguably the biggest deal involving Spurs was Gareth Bale, who returned to North London on loan from Real Madrid.

The new players have added plenty of experience and stability to the Spurs team. They currently sit top of the Premier League table ahead of a big weekend, starting tomorrow.

Robinson has now revealed why the club hierarchy should be praised for their summer dealings.

Speaking to reporters (via Football Insider), the former England number one said: “It was an incredible signing to bring Gareth Bale back for the season.

“[It’s] a real statement of intent from the club. Everybody said it would be great to get him back and there was a lot of talk, but to actually push the deal through for a player of that quality was a real statement for me. It shows they have real ambition to challenge for the title.

“Bringing in Carlos Vinicius, too, and Pierre-Emile Hojberg who I think has been their best player this season. He sits in that midfield and is very understated, putting passes together and pulling the strings.

“I was really impressed with the way they strengthened their defence in the summer. I thought they needed a centre-half and the signing of Joe Rodon is proving to have been absolutely essential now because of the injury to Toby Alderweireld.

“You’ve got to give Daniel Levy credit for backing his manager and paying the wages to bring a player of Gareth Bale’s ilk into that dressing room.

“Knowing what a winner he is and how much of an influence he could have this season, you’ve got to give credit to the manager and the chairman.”