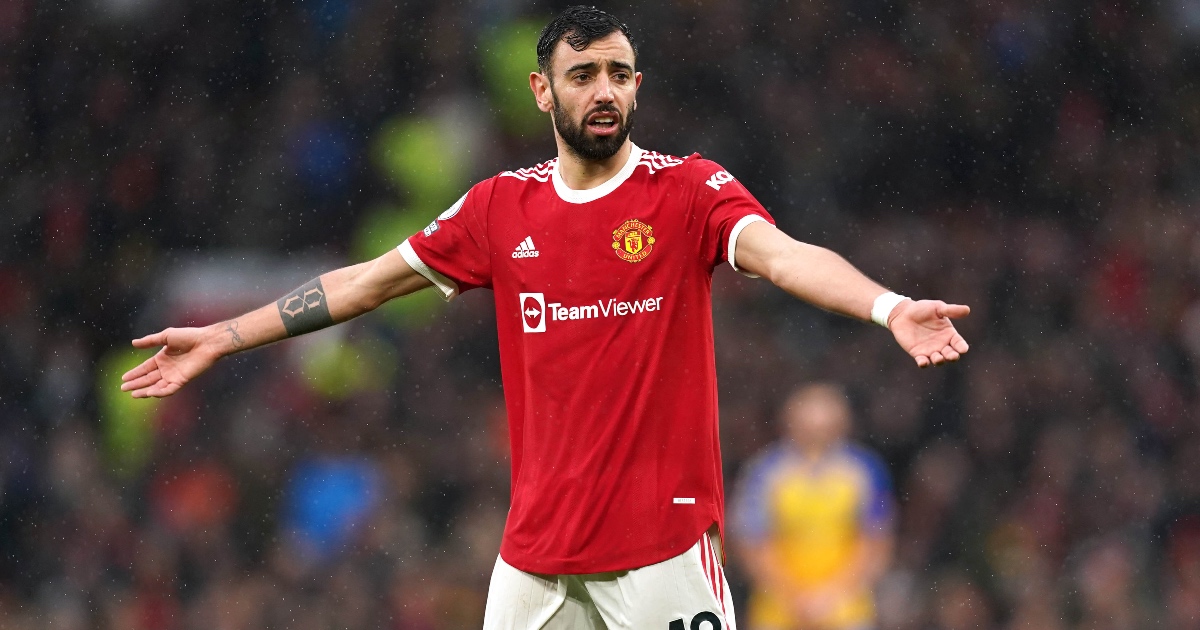 Paul Scholes has highlighted Bruno Fernandes as “a problem” for Manchester United following his performance in Saturday’s 1-1 draw at home to Southampton.

Ralf Rangnick‘s side squandered their third lead since the winter break and Scholes was highly critical of the display, which left United with just four wins from their last eight games.

Despite his involvement in United’s opener, Scholes made a point of singling out Fernandes for criticism and claimed he was “all over the pitch”.

The ex-midfielder told BT Sport: “We don’t know what’s gone on in the training field, you don’t know the attitude of the players.

“He tried to start with a 4-3-3, Scott [McTominay] holding and Fernandes and [Paul] Pogba playing higher up.

“Then he brought Pogba back and shoved Fernandes higher up, I think Fernandes could be a bit of a problem.

“As much as he’s a talented lad, when he first came to England, he scored so many good goals, so many assists, but he’s all over the football pitch.

“A coach will tell you better there from a defensive point of view. How can you set up a shape when you’ve no idea where the start of it?

“Ronaldo is the start; then it’s Fernandes – how can you set traps for teams when you don’t know where some of your players are gonna be?

“Pogba likes to wander about. You see Fernandes, sometimes he’s a right-back, sometimes left-back, the end of the game he’s playing behind Dalot for five minutes. They’re either not taking instructions on or they don’t want to.”

On Rangnick, he added: “It’s Manchester United, they should have the best of everything and not to have a plan and bring what is a sporting director, he’s coached a team two years out of the last ten.

“Don’t get me wrong, I like the man, he comes across well. But he’s looked like he’s lacked coaching in the last five or six years.

“They’re a team of individuals, you look at the difference today in Man United to Southampton.

“Southampton were brilliant, the coaching, methods, passages of play, it was fantastic. You look at Manchester United and they were all over the place.”